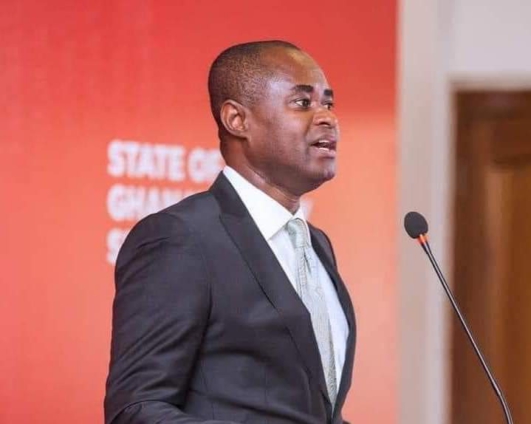 A former Deputy Minister of Information in the late Prof. Atta Mills’ regime, James Agyenim-Boateng, has expressed surprise about the persons defending the construction of the National Cathedral.

According to him, the proponents of the Project are the very people who criticised the late President Atta-Mills for praying at the Castle.

In a Facebook post on Saturday, the former NDC appointee described the situation as an ‘irony of life’; wondering why the critics of the late prayerful President are now advocating for a National Cathedral.

“The people who mocked and blamed Prof. Atta Mills for praying too much as President and accused him of turning the Castle into a church are the very people who say that they are building a National Cathedral.

The comments by Agyenim-Boateng ties into the series of sentiments, expressed by a section of the public over the construction of the National Cathedral.

According to some of the critics, it is a waste of resources for government to build a Cathedral in the face of pertinent issues such as the perennial flooding in Accra and the arrears owed NABCO beneficiaries.

The critics, including the Minority in Parliament, have therefore called on government to place more premium on the issues affecting Ghanaians, while making the construction of the National Cathedral more transparent, devoid of corruption.

Meanwhile, the Executive Director of the National Cathedral project, Dr. Paul Opoku-Mensah has refuted reports that Dr. Mensa Otabil, one of the Members of its Board of Trustees resigned from the Board due to illegalities.

In a statement on Friday, he explained that prior to the registration of the members of the Board of Trustees in 2019, Dr. Otabil opted out since, “he could not give the needed attention to the project”.

“So, Dr. Mensa Otabil did not resign from the Board as being alleged, but excused himself at the point of registration of the Directors in July, 2019. For the avoidance of all doubt, Dr. Otabil has not been a member of the Board of Trustees since July, 2019”, part of the statement read.

Dr. Paul Opoku-Mensah, however, noted that Dr. Mensa Otabil, “remains actively interested in the project and continues to share his views on strategy with the Secretariat”

Earlier, Ranking Member on the Foreign Affairs Committee of Parliament, Samuel Okudzeto Ablakwa alleged that Dr. Mensa Otabil had resigned from the Board of Trustees.

Speaking on The Probe on JoyNews, Mr. Ablakwa asserted that the resignation was due to the illegality being perpetrated by the Akufo-Addo government with respect to the project.

“There is quite an uneasy calm among the Board of Trustees. And I can confirm to you that one imminent priest has walked away from the Board; the revered Dr, Mensa Otabil is no longer with them.

However, the statement issued by the Executive Director for the Cathedral explained that “the continuous use of his [Dr. Mensa Otabil] name and pictures on the websites and publications was an administrative lapse by the Secretariat”.