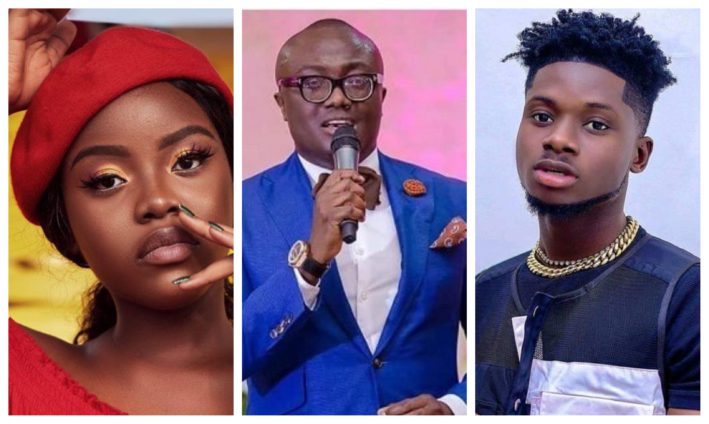 In recent years, Ghanaian celebrities have been disrupting the status quo, particularly when it comes to social media and the ultimate verification badge linked to their numerous social media names, which they hold in such high regard.

This week, a legion of celebrities, comprising musicians, actors, journalists, Entertainment and Sports personalities, and influencers were verified by Twitter after the organization noticed that their accounts which are of public interest are authentic.

The few notable public figures who got their accounts authenticated are the President of the Ghana Football Association, Kurt Okraku, television and radio personalities like Bola Ray, Giovani Caleb, Serwah Amihere, and musician Kuami Eugene.

Verified. @mistameister did that! We move!!!

The verification of these accounts comes on the back of Bernard Kafui Sokpe, popular known as Mistameister’s appointment as Senior Partner Manager at Twitter.

Per Twitter’s verification requirements, these accounts represent or otherwise is associated with prominently recognized individuals or brands, in line with the organization’s notability criteria: Government, Companies, brands, and organizations, News organizations and journalists, Entertainment, Sports and gaming, Activists, organizers, and other influential individuals.

In April 2021, Twitter officially announced its decision to base its African headquarters in Ghana. The announcement came just a week after Twitter’s CEO, Jack Dorsey, held a virtual meeting with Ghana’s President Nana Akufo-Addo.

As I indicated to @Jack in our virtual meeting of 7th April 2021, this is the start of a beautiful partnership between Twitter and Ghana, which is critical for the dev’t of Ghana’s hugely important tech sector. 2/3#TwitterInGhana #TwitterGhana

Dorsey spent three weeks travelling through Ghana, Ethiopia, Nigeria, and South Africa in 2019. During his time in Africa, the Twitter CEO met with industry leaders and tech stakeholders to discuss Twitter’s expansion into Africa.

On his departure, Dorsey said that “Africa will define the future” and that he intended to live on the continent for up to six months in mid-2020.

While the Covid-19 pandemic disrupted Dorsey’s plans to live in Africa, the decision to open headquarters on the continent gathered steam throughout 2020, with Ghana ultimately being picked as the social media platform’s base of operations.

On why Ghana was chosen as the company’s African headquarters, Twitter explained that the country was a firm supporter of free speech, online freedom, and the Open Internet.

Additionally, Ghana’s recent appointment to host the Secretariat of the African Continental Free Trade Area allows Twitter to “establish a presence in the region”.