More than 50% of Ghanaians are obese – GSS survey 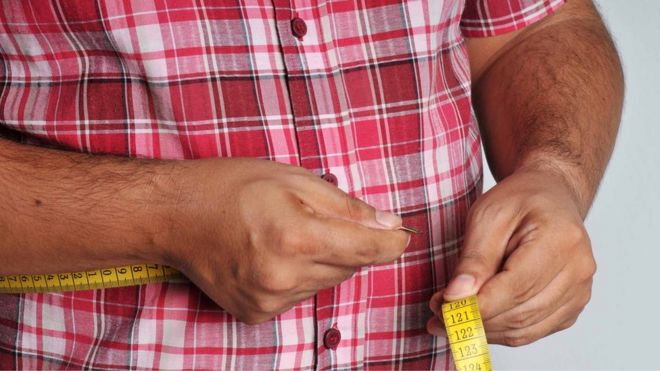 A new study by the Ghana Statistical Service has revealed that more than half of Ghana’s 30.8 million population is obese.

The Ghana Obesity Survey revealed that more than 50% of Ghanaians are overweight. In comparison, about 85% do not eat healthily. The survey employed 3,380 respondents as the sample size, drawn from three major cities in Ghana: Accra, Kumasi and Tamale. It considered variables such as height and weight to determine the obesity level of these people.

Overweight and obesity are defined as abnormal or excessive fat accumulation that may impair health-WHO. In 2016 more than 1.9 billion adults aged 18 years and older were overweight of which 650 million adults were obese. Thus, about 13% per cent of the world’s adult population (11% of men and 15% of women) were obese as at 2016. An estimate on children by WHO in 2019 also showed that 38.2 million children were obese.

They also emphasized that it was essential to tackle the rise in obesity to combat the growing burden of NCDs and improve health and well-being for all. Further research also showed that most of the world’s population live in countries where overweight and obesity kill more people than underweight.

Research Triangle Institute discovered that; obesity may also lead to economic impacts. The direct cost of healthcare for treating obesity-attributable diseases are the most evident, however, there are indirect costs resulting from obesity as well.

These indirect costs include absenteeism (missing days of work), presenteeism (reduced productivity while at work), early retirement, the cost of premature mortality, and more.

Just as with other diseases, studying the economic impacts of obesity does not mean that individuals living with obesity are creating costs. Instead, it is increasingly obesogenic environments and genetic susceptibility that has led to higher obesity prevalence and associated economic impacts.

DISCLAIMER: The Views, Comments, Opinions, Contributions and Statements made by Readers and Contributors on this platform do not necessarily represent the views or policy of Multimedia Group Limited.
Tags:
Ghanaians
Obseity