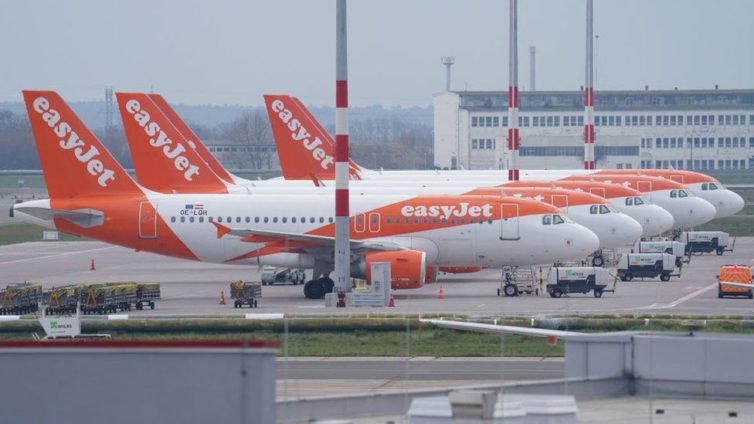 Morocco has banned flights to and from the UK due to the coronavirus pandemic.

Several UK airlines and holiday companies have been told by the Moroccan government that flights will be suspended from 23:59 BST on Wednesday until further notice.

Flights between Morocco and Germany and the Netherlands have also been suspended.

The BBC has contacted the Moroccan embassy and tourism office, as well as the UK Foreign Office for comment.

Latest figures from the European Centre for Disease Prevention and Control said that Morocco’s weekly rate of reported coronavirus cases on 14 October stood at 10.4 per 100,000 people, compared with 445.5 per 100,000 people in the UK.

Another 223 deaths were recorded, the largest number since March, although daily figures are often higher on Tuesdays.

The UK government updated its advice on travel to Morocco to state that the Moroccan government has suspended direct flights between the UK and Morocco for an unspecified period of time.

UK passengers are not banned from travelling from the country but must travel via a third country to do so.

The advice states that UK travellers will need to provide proof that they have been fully vaccinated for at least two weeks or a negative PCR test taken no more than 48 hours before boarding.

They will also be asked to present a Public Health Passenger form to the Moroccan authorities on arrival.

EasyJet has said that it was told this morning. It has cancelled its outbound flights from the UK, Germany and Netherlands to Morocco until 30 November.

The airline had two flights operating from Manchester and Gatwick to Marrakech, which it will operate as “ferry flights” for return customers due to travel back to the UK today.

It said that, ahead of receiving further guidance from the Moroccan government, it intends to fly inbound flights in the coming days as repatriation flight options.

“We are contacting all customers whose flights are cancelled with their options, which include a free of charge transfer, receiving a voucher or a refund,” an EasyJet statement said.

British Airways has cancelled a flight from Heathrow to the same destination, meanwhile holiday operator Tui confirmed it had also been contacted by the Moroccan government.

Tui said: “We are contacting customers in departure date order to discuss their options, which include amending to another destination or a full refund. We would like to thank our customers for their patience and understanding during this time.”

The tour operator said it currently has about 2,000 UK travellers in Morocco, but hasnot yet confirmed whether it will need to bring these passengers back early.

The flight ban will affect families in England and Wales who booked half-term holidays in Morocco for next week.

Morocco’s National Office of Airports said the policy will remain in place “until further notice”.

The UK’s Foreign Office has updated its advice on travel to Morocco to include the latest development.

It says that passengers returning to the UK from Morocco should contact their airline or tour operator to arrange an alternative route via a third country, such as Spain or France, where flights are operating as normal.