Interested countries have until 11 August to submit their bids, with the USA, Canada and Mexico having already expressed an interest.

"I've been told Morocco wants to put in its bid and Caf will support them 100%," Pinnick told BBC Sport.

"I'd be surprised (if Morocco does not put in a bid), but I think they will."

The 2010 tournament was hosted by South Africa as the continent staged the World Cup for first, and only, time in its history.

Fifa's rotational hosting policy means Africa is one of four confederations that can bid for the 2026 finals as Europe (Russia 2018) and Asia (Qatar 2022) cannot be considered.

Pinnick was in the Moroccan capital Rabat last week for a Caf symposium and subsequent meetings.

"It's a country that can host the world. They are very hospitable people, there is a good network of roads and have practically everything," the Nigeria Football Federation president added. 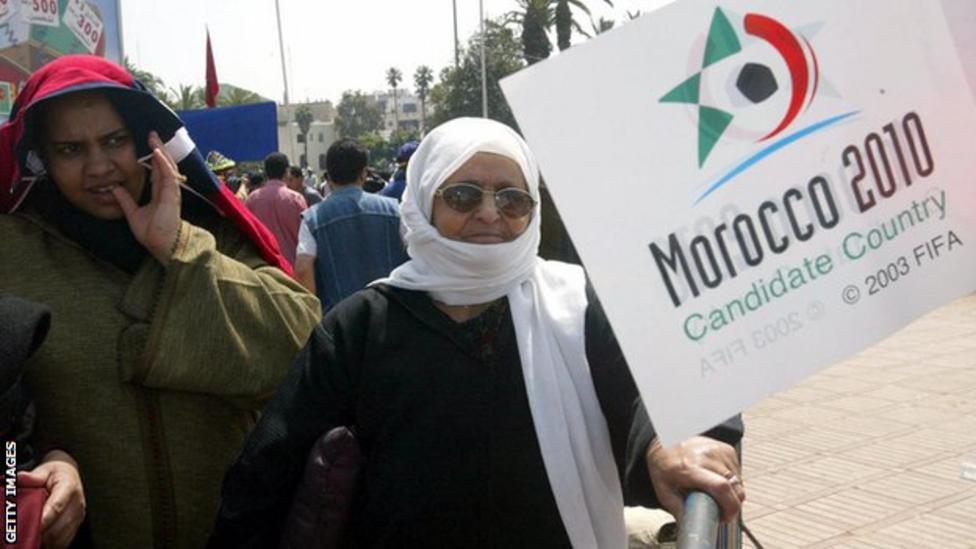 Morocco is becoming a key player in the corridors of African football, having heavily lobbied for Madagascar's Ahmad to become Caf president in March prior to hosting the Caf symposium where sweeping changes were made to the continent's football.

"Morocco has leaders right now who are eager and excited about developing the game, not just in Africa," Pinnick continued.

"This weekend they are hosting the French Super Cup – between Paris Saint-Germain and Monaco – they've hosted the Club World Cup (in 2013 and 2014), they've hosted practically everything."

Morocco had been set to host the 2015 Africa Cup of Nations until their concerns over the Ebola outbreak in West Africa led to the tournament being taken away at short notice.

The 2026 World Cup will be the first to feature 48, rather than 32, teams after FIFA explained the tournament earlier this year.

The decision on who will host event will be taken in 2020.