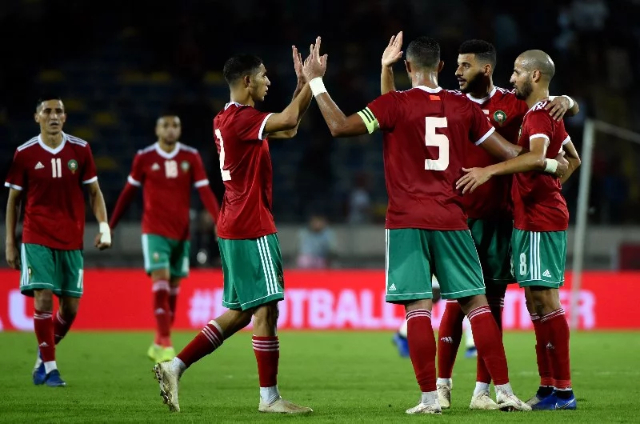 Morocco have a favourable opening fixture in their quest to win a first Africa Cup of Nations title since 1976 as they take on Nambia at Al Salam Stadium in Cairo.

Morocco finished above defending champions Cameroon to clinch top spot in Egypt. Do not be fooled by their back-to-back defeats coming into the tournament – Herve Renard’s Atlas Lions are one of the best teams in the tournament.

Renard has won Africa Cup of Nations titles with Zambia and Ivory Coast and led Morocco into the 2018 FIFA World Cup. The team has moved forward in leaps and bounds and this might be the ideal time to peak after three years under his guidance.

Namibia are back in the Africa Cup of Nations after an 11-year absence, having scraped through in second place from a qualifying group containing Guinea-Bissau, Mozambique and Zambia.

Recent months have not been kind to the Brave Warriors after they were eliminated at the group stage of the COSAFA Cup despite a 3-0 win over Seychelles in their last match. Namibia’s last Africa Cup of Nations qualifying match ended in a heavy 4-1 defeat to Zambia.

What is the kick-off time?

The match will start at exactly 14:30GMT

Morocco: The Atlas Lions lost all two of their pre-tournament friendlies (0-1 v Gambia and 2-3 v Zambia)

Namibia: The Brave Warriors recorded victories over Ghana and Seychelles prior to the tournament.

Team news: Who is available, injured or suspended?

Medhi Benatia is expected to start for the North Africans giving the level of experience he has gathered in the tournament over the years.

Real Madrid youngster who has been loaned to Borussia Dortmund, Achraf Hakimi is likely to be part of the starting eleven with his intimidating presence at the back.

The Moroccans have no injury or suspension concerns ahead of this game.

Namibia top scorer for the AFCON qualifiers, Peter Shalulile, will definitely be included in the starting eleven to help the team clinch their first three points of the competition.

There are no reports of injury or suspension in the camp of the brave warriors.

What is the head to head record between two teams?

The two sides have played each other six times before. Namibia has never beaten Morocco with the North African side winning five of those matches and drawing the other.