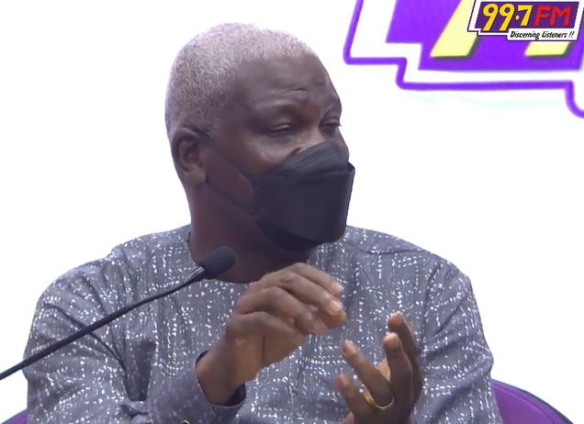 The immediate past General Secretary of the Industrial and Commercial Workers’ Union, Solomon Kotei, has intimated that most prospective employees do not pay attention to the terms and conditions of jobs before accepting the offer.

“Once they are desperate, and they are handed an appointment letter, they go and sign acceptance and they start work,” he said.

He argued that this sometimes creates a situation where employees find themselves in jobs with unfavorable working conditions, yet cannot exit, due to the high tendency of not finding another job when they leave.

He was addressing the concerns of listeners on the Super Morning Show, on Tuesday, September 9, 2021.

The discussion was centered on the take-home salary of the average Ghanaian and whether it is enough to cater for their expenses in Ghana today.

During the show, he indicated that one of the factors that have brought down the level of salaries is that bachelor degrees are now common among job seekers.

“The core issue is that when people are looking for a job, because we are in a country where now to be a degree holder is common, the demand and supply has brought down the rate of pay, because if the employer gets over the market and it’s easy for him or her to get degree holders, he’ll then come and readjust or revamp his salary structure and place it at a point”, he stated.

“And we are also not in the slave market where when we find ourselves in a job that is really not paying, one can’t do otherwise,” he said.

He further entreated employers to open up on their financials to employees on a regular basis.

He explained that failure to do so often fuels employees’ perception that employers make profits but refuse to pay them well when that may not be the case.

DISCLAIMER: The Views, Comments, Opinions, Contributions and Statements made by Readers and Contributors on this platform do not necessarily represent the views or policy of Multimedia Group Limited.
Tags:
Simon Kotei
Terms and Conditions of service
Unemployment