Mothers need daily appreciation, not once a year - MyJoyOnline.com

Mothers need daily appreciation, not once a year 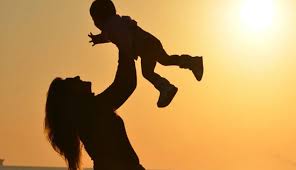 Mother’s Day is a day set aside internationally, on the second Sunday of May every year, to celebrate mothers for their invaluable contribution to the functioning and progress of society.

On this day, mothers are celebrated for their ability to carry the burden of motherhood, a responsibility that undeniably comes with several unavoidable challenges.

The burden of pregnancy, childbirth, caring for babies and nurturing them from infancy to teenage/adolescent years, till adulthood, and all things being equal until they become socioeconomically independent, is a herculean task for mothers.

Some mothers recently interviewed in Sunyani concluded that motherhood is exceedingly difficult, particularly in developing countries, with Africa not an exception.

To mention the inconveniences and psychological discomfort associated with pregnancy for nine months and childbirth are understatements, as statistics show that some women, mostly in developing countries, die during childbirth due to complications.

Therefore, Faustina Adane, a mother of three, suggested that stakeholders must take advantage of the day to sensitise the public, especially mothers, potential mothers, and fathers on how women could go through safe pregnancy and childbirth through the needed support.

Once in the process of giving life, every mother wishes to have an uncomplicated pregnancy and delivery with the hope of becoming the mother of a healthy baby.

But some end up with infections and consequently disabilities because of the lack of access to quality maternal care. It is, thus, a clarion call on both national and international health managers and policy formulators to ensure that every woman in any locality receives quality maternal care services.

Charity Amoako, a mother of two, said aside from the trauma and frustration that women went through in the upbringing of children and seeing to the general well-being of the family, society hardly recognised nor appreciated their efforts, notwithstanding discrimination and abuses women suffer.

Statistics available at the Domestic Violence and Victims Support Unit (DOVVSU) of the Ghana Police Service indicate that 1,047 girls were defiled, while 305 women were raped in 2020.

Also, about 1,500 cases of violence against women are reported to law enforcement agencies, annually.
She advocated the legal system in Ghana must prioritise the interest of women, especially abused and tortured women, to receive the justice they yearned for, and the law must bite hard on these offenders to serve as a deterrent.

Kusi Agyekum, a public servant and a father of three, noted that motherhood is very frustrating and painstaking; hence society must constantly encourage women, especially the family and husbands, to show appreciation for mothers’ untiring efforts for the family’s wellbeing.

“Husbands will appreciate their wives better if they are allowed into the labour ward to witness the pain they go through during childbirth so they could forever be thankful to their wives for making them fathers,” he said.

He believed that only a few men could have the courage to be at the theatre to witness their wives’ delivery through the caesarian session, adding: “Nothing on earth can be compared to the pain and the psychological trauma during the critical moment of a woman in labour.”

The recognition and appreciation of mothers for their sweat and toils in the interest of the family and the progress of society must, therefore, not be limited to only the second Sunday of May but should be every day, and all-year-round affair, as mothers do not go on break in their toil to ensure their families are well catered for.