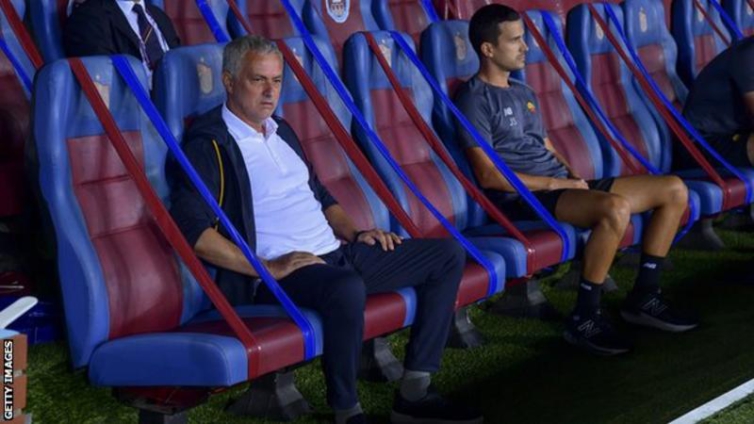 Jose Mourinho’s spell as Roma boss started with a win at Turkish side Trabzonspor in the Europa Conference League play-off first leg.

Andreas Cornelius came off the bench to head in an equaliser for Trabzonspor.

But Uzbekistan striker Eldor Shomurodov poked home a late winner on his Roma debut following his summer move from Genoa.

Roma will qualify for the group stage of the new third-tier European competition unless they lose next Thursday’s second leg at Stadio Olimpico.

Roma face Fiorentina in their Serie A opener on Sunday.