Mourinho fumes after Roma defeat: 'There's a reason we earn a lot more than journalists' - MyJoyOnline.com

Mourinho fumes after Roma defeat: ‘There’s a reason we earn a lot more than journalists’ 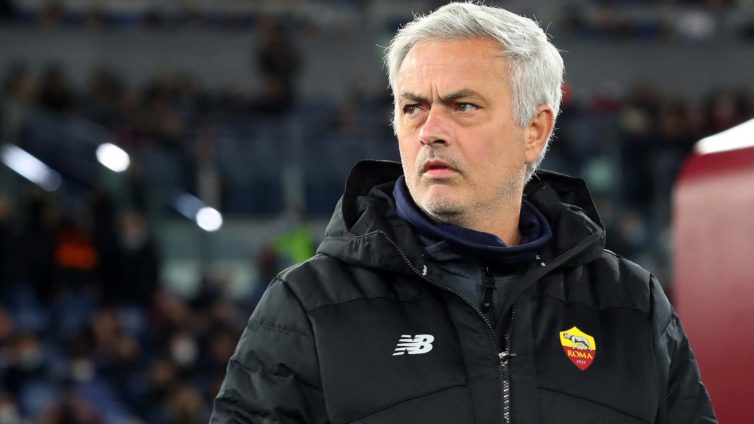 Jose Mourinho refused to take questions after Roma’s 3-0 home defeat against Inter and told a reporter that there’s a reason “we earn a lot more than you”.

He said being a manager was much more difficult than journalism, leading to the gulf in pay.

Rather than answer for his squad’s performance, he delivered a brief monologue and exited the press conference.

“Your job is a lot easier than ours which is why we earn a lot more than you,” the Roma manager told the first reporter who tried to ask a question.

Mourinho refuses to take the first question and tells a journalist: “Your job is a lot easier than ours which is why we earn a lot more than you” pic.twitter.com/spMDacWgrU

In his monologue, Mourinho said: “I apologise to the studio, to the people at home who might be interested in their questions.

“Our attacking potential was practically nil. It was very important to score a goal, because we would only have two or three chances. We had three and didn’t score.

“When you play with a defence that has [Roger] Ibanez and various others in positions that are not their usual ones, you still cannot concede the first and third goals. You just can’t.”

Mourinho’s side are starting to lose sight of the top of Serie A, with Roma now 13 points behind AC Milan.

They’ve now lost consecutive league games, and the manager has started to revert to old patterns of behaviour.

Against Inter, they were by far second-best, with the visitors handing Mourinho the first 3-0 half-time deficit of his coaching career before coasting after half-time.