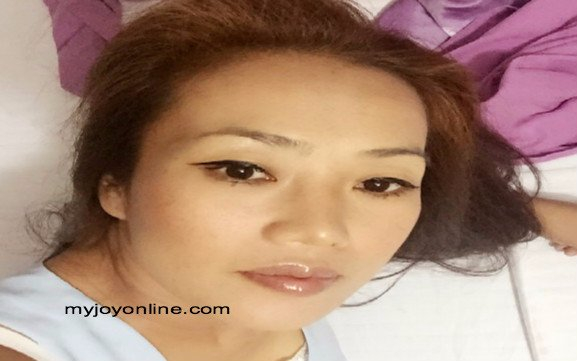 A member of Parliament’s Mines and Energy committee has charged government to ensure that Chinese ‘galamsey’ kingpin, Aisha Huang’s prosecution is followed through to its finality.

Edward Bawa says this will serve as a deterrent to other foreigners desirous of engaging in illegal mining.

“She knows that when she’s arrested she’ll use her network to free herself. And that is why she even dared to return to this country. So I just hope that this time Aisha will be used as an example for other foreigners who engage in these activities,” he said.

His comments come after an Accra court remanded her and three other Chinese nationals in police custody on Monday.

Aisha Huang, 47, was deported in 2019 after she was first arrested in 2017 for mining without license.

The galamsey queen happens to be back in the country as she was arrested again last Friday for engaging in the same offence.

Her accomplices; Johng Li Hua, Huang Jei and Huaid Hai Hun have been charged with engaging in the sale and purchase of minerals without a license.

Appearing before court on Monday, the prosecution said Aisha had gained “notoriety for engaging in a series of small scale mining activities known as ‘galamsey’ across the country.

The prosecution said early this year, Aisha “sneaked’ into Ghana having changed the details on her Chinese passport.

It said Aisha resumed small-scale mining activities without a license and further engaged in the purchase and sale of minerals in Accra without valid authority as granted by the Minerals and Mining Act.

The prosecution said she had engaged in the sale and purchase of minerals with the three accused persons and that intelligence led to their arrest.

DISCLAIMER: The Views, Comments, Opinions, Contributions and Statements made by Readers and Contributors on this platform do not necessarily represent the views or policy of Multimedia Group Limited.
Tags:
Aisha Huang
Member of Parliament