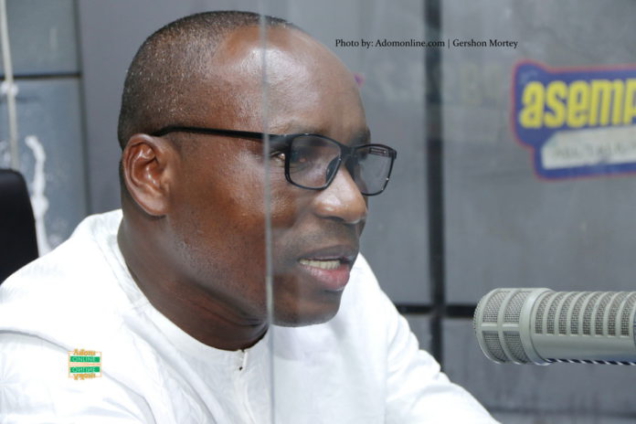 The District Chief Executive for Ellembelle, Kwasi Bonzo has decried the intrusion by the Member of Parliament (MP) for Ellembelle in his bid to fight illegal mining in the District.

In an interview on Joy FM‘s Top Story on Thursday, he said the NDC MP in his fourth term – Mr. Armah Kofi Buah assisted in the release of some illegal miners arrested and fined.

“Recently on 1st April 2022, some 33 ‘galamseyers’ were arrested. They were arraigned and fined GHC 2,000 each… this was on a Friday, you cannot imagine that by Monday, the Member of Parliament had arranged for those sentences to be quashed for all those people to be set free,” he said.

He also claimed that Mr. Buah “filed a writ against a big mining company on whose concession illegal miners had been transacting illegal activities.”

According to him, the activities of some of the MPs are a “double edge sword for the government” in the ‘galamsey’ fight.

Mr. Bonzo’s remarks follow comments by the NDC’s National Communication Officer, Sammy Gyamfi, that the he (DCE) is supervising illegal mining in the Ellembelle District and that they have evidence to that effect.

However, in response to this allegation, Mr. Bonzo called Mr. Gyamfi’s bluff, “the NDC cannot have evidence in this matter,” he said.

DISCLAIMER: The Views, Comments, Opinions, Contributions and Statements made by Readers and Contributors on this platform do not necessarily represent the views or policy of Multimedia Group Limited.
Tags:
Ellembelle DCE
Galamsey
Kwasi Bonzo