MPs should apologise for chaos during Speakership election – Stephen Amoah 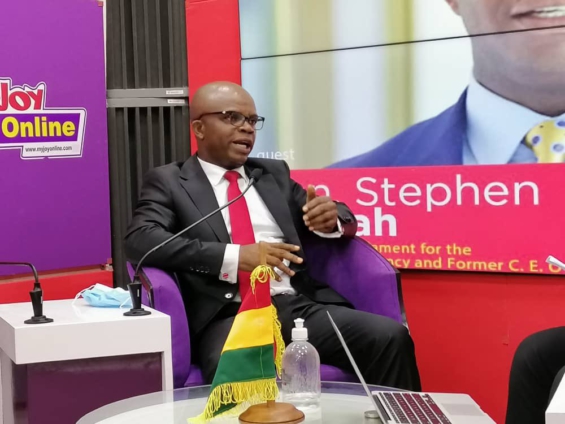 Member of Parliament (MP) for the Nhyiaeso Constituency, Stephen Amoah says legislators owe Ghanaians an apology for the chaos that ensued between the NDC and NPP caucus in the House on January 7.

According to him, the country expects so much better from the people they have chosen to represent them in the 8th Parliament.

Mr Amoah said on Joy FM’s Personality Profile, Thursday, he was shocked even members who had spent many years in Parliament seemed to ignore the standing orders, choosing to do what they want.

“I don’t want to blame one person, I think we all did wrong and we need to apologise to Ghanaians because they sent us there to do the needful,” he told Lexis Bill, host of the show.

On January 7, Ghanaians watched in dismay for hours as elected MPs displayed behaviours widely condemned as infantile and indecent during the election of the House’s Speaker.

After the initial shock over the NDC MPs occupying the majority side of Parliament, the House again thrown into disarray when the legitimacy of the Assin North MP-elect, James Gyakye Quayson.

The appearance of an armed military team in the chamber and the decision by the Tema West MP, Carlos Ahenkorah to snatch some ballot papers led to punches being thrown, and insults hurled at each other.

While some have described the actions by the MPs as “distasteful and disgraceful”, others have called for investigations and subsequent sanctions to be meted out to any MP found culpable.

Mr Amoah, however, urged Ghanaians to not assume everything that happened in the house as bad adding that some of their attitudes only show how committed they are to serving the people.

“People should also accept the fact that passions from both houses indicate that we were also committed to making sure that we get the tenacity to serving them,” he said.

The Nhyiaeso MP stated that the banters that occurred on that fateful Thursday has taught him some lessons.

He said he will be cautious and careful while in parliament but also serve the people as best as he can.