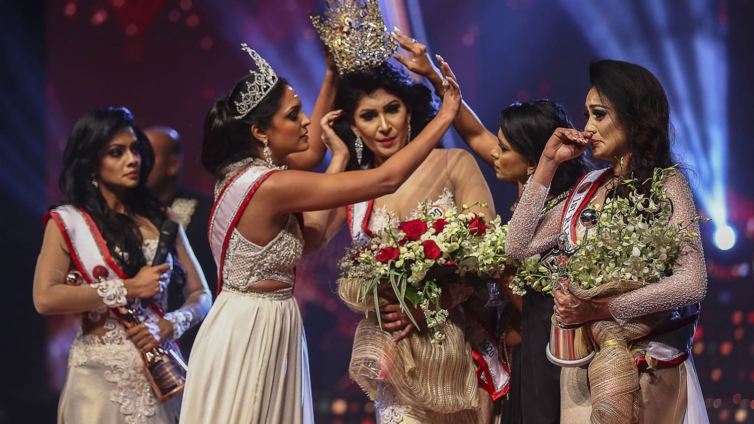 Controversy erupted at the Mrs. Sri Lanka beauty pageant on Sunday, when a former title holder took the crown off the winner’s head and falsely claimed she was a divorcee and therefore ineligible to take part.

Pushpika De Silva was named the competition winner to applause and cheers from spectators in the Sri Lankan capital Colombo. Video footage from the event showed organizers placing the winners’ sash around De Silva and the crown on her head.

Shortly afterwards, the pageant’s 2019 winner and Mrs World 2020, Caroline Jurie, took to the stage and picked up the microphone. “I have a small request,” she said. “As for the Mrs World Inc., there’s a rule that you’ll have to be married, and not divorced. So, I’m taking my first step saying that the crown goes to the first runner-up.”

Jurie then turned to a stunned De Silva, forcefully took the crown off her head and placed it on the first runner-up, who broke into tears and thanked the judges as De Silva walked away.

The Mrs World series is an international beauty pageant for married women, founded in 1984. The winners of each country’s title advance to the Mrs World competition to face off against each other. Under the rules of the pageant, contestants must be “married as of the date of entry.”

After the incident, organizers declared De Silva the official winner of the pageant, and said in a statement that contestants who were “legally married” were allowed to compete.

De Silva said in a statement posted on Facebook on Monday that she was currently separated from her husband “for personal reasons,” but they were not divorced. If she had been ineligible, she would have been removed from the competition at the start, she said.

In her statement, De Silva described the incident as an insult and decried Jurie’s actions, saying true queens do not snatch other women’s crowns. In a second statement posted on Facebook on Tuesday, De Silva added she had forgiven those involved.

Mrs World Inc. organizers said in a news release that they are reviewing the incident.”

We are deeply disturbed and sincerely regret the behaviour of our current title holder, Mrs Caroline Jurie, Mrs. World 2020, at the crowning,” the statement said, adding the director of the Mrs Sri Lanka pageant will be asking Jurie to apologize.

“Let it be known, Mrs World Inc. does not sit in moral judgment,” the organizers’ statement said. “If the delegate sent by Mrs Sri Lanka-World to compete in the international competition is legally married she will be accepted.”

The rules have been criticized before as being outdated and limiting, with some urging organizers to change the guidelines.

There have been several instances where a contestant has been disqualified or winners dethroned after organizers found out they had lied about their marriages.

Famously, Carlina Duran was forced to hand over her crown after winning Miss Dominican Republic in 2012, with organizers saying she had violated the rules by hiding her marriage and claiming she was single.

In 2018, Veronika Didusenko was crowned Miss Ukraine before being stripped of her title days later when it emerged she was a divorced mother.

Didusenko said in an Instagram post last year that England’s Equality and Human Rights Commission declined to pursue a case against the UK-based Miss World organization because it did not “advance their strategic priority aims,” and only a “very small number of women” were involved in the pageants.

DISCLAIMER: The Views, Comments, Opinions, Contributions and Statements made by Readers and Contributors on this platform do not necessarily represent the views or policy of Multimedia Group Limited.
Tags:
Miss Universe
Mrs World
Mrs. Sri Lanka
Sri Lanka