Fans will have to hope and wait for another Super Clash after Hearts and Kotoko were drawn apart in the semi-final of the MTN FA Cup.

The Phobians and Porcupine Warriors could meet for the sixth time this year should they scale over the hurdle of and Wa All Stars and Medeama respectively.

The Phobians will play against 2016 league champions Wa All Stars who saw Berekum Chelsea in the quarterfinals. The Wa side have been a pale shadow of themselves this season in a disastrous season which has seen them fail to defend their league crown.

In a cup fixture, nothing will be taken to chance especially as All Stars have proven to be a bogey side for the Phobians in recent years.

In the other fixture, Kotoko will play Medeama in a repeat of the 2015 final. The Yellow and Mauves beat Kotoko in Sekondi and the stage could be set for the Porcupine Warriors to revenge.

The Tarkwa side beat Kotoko 2-1 in the league this season and that could further provide an impetus for Kotoko. 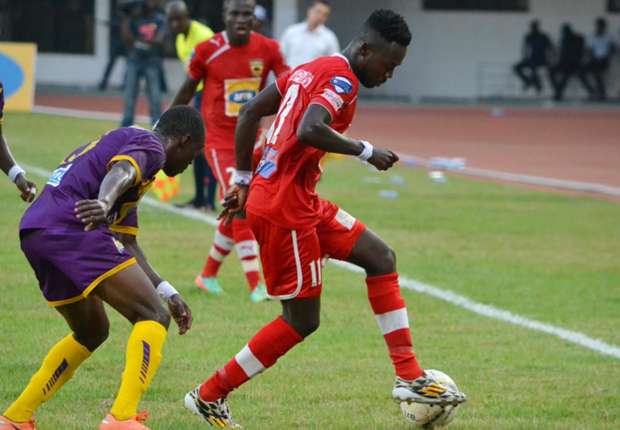 WA All Stars vs Hearts

However, the club that will represent Ghana at the CAF Confederation Cup will also be given GHC100, 000 for adequate preparation.