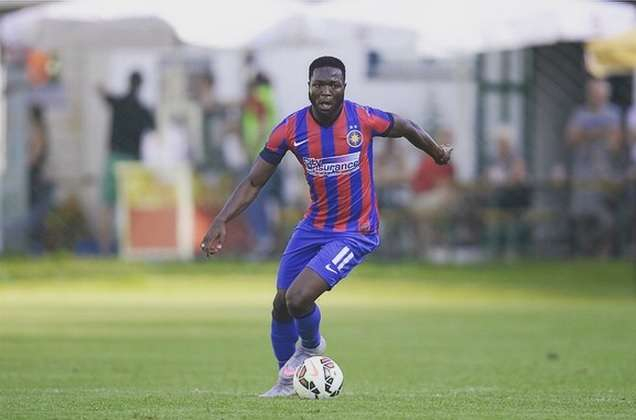 A second half push from Nigeria and Manchester City forward Kelechi Iheanacho brought an end to the 23 year old's night when he was replaced in the 65th minute by Ovidiu Popescu as a result of the knock he suffered from the push.

Muniru, the younger brother of Black stars outcast Sulley Muntari is expected to undergo checks before their weekend League game against Pandurii Târgu Jiu on Saturday.

The Young Midfielder could not help help his side progress to the Group stages of this season's Champions League following their  6-0 aggregate loss to Manchester City.

They suffered a 5-0 loss at home in the first leg.