My biggest songs were supposed to have features that didn’t happen, don’t wait for handouts – KiDi 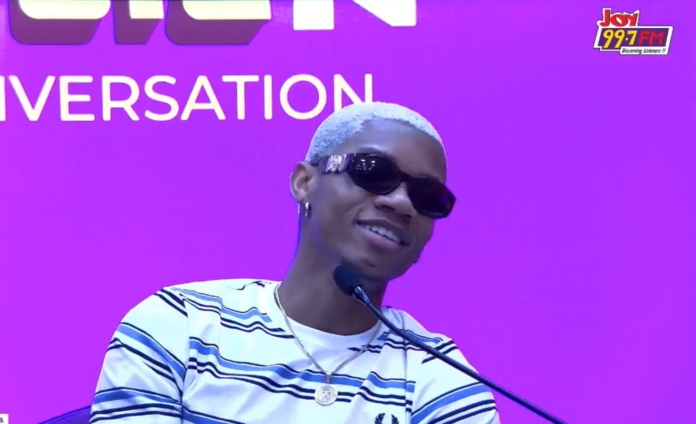 Award-winning musician, KiDi has advised fellow artistes to place their music business above all other things.

He insists that it will be damaging to a musician’s career to consider his craft secondary to matters that do not contribute to his growth.

According to him, the arguments by artistes who have blamed their failures on persons who never showed up for features do not hold water.

He recounted a number of flagship songs that he says were originally scheduled to have features.

But KiDi revealed the efforts to secure the potential collaborators proved futile.

These hits include ‘Odo’, ‘Say You Love Me’, ‘Say Cheese’ among others.

However, that did not deter him from going forward with his plan.

“If I tell you, most of my songs that have become big were supposed to have features on them but it didn’t happen,” he said on Joy FM.

Speaking on Showbiz A-Z, he explained that “I won’t stand anywhere and blame somebody that your career would have taken off if this person had agreed to feature on it.”

“Don’t wait for anybody to give you handouts. Churn your own path. Do it and now it will attract all those people you’re trying to get into your space.”

On the back of this, he urged artistes to make their music despite the odds.

“If your team wants it more than you, that’s the first [mistake]. If they call you for anything you’ll say you are tired,” he said.

The topic for Saturday’s show was about breaking through Ghana’s rough and tough music terrain.

Other musicians on the show included Camidoh, Gyakie, and Mr Drew.