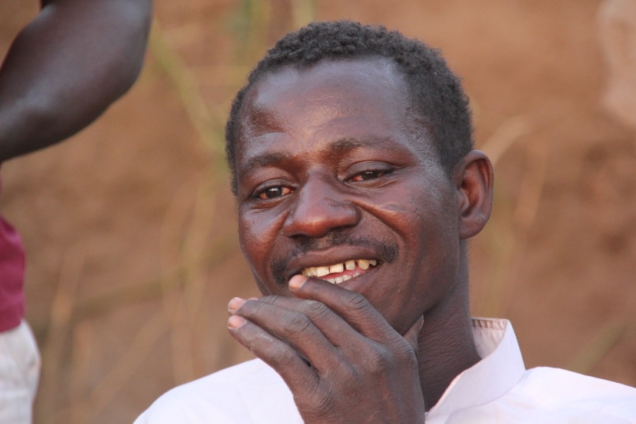 A 44-year-old father of four whose legs were amputated due to an accident says his unlucky fate is nothing compared to the hardships it has imposed on his family.

Simon Alale thinks his ill fate has imposed a “life sentence” on his dear family.

In 2019, Simon Alale was involved in a bus accident on his way back to Garu in the Upper East Region from Prestea in the Western Region to attend his father’s funeral.

The accident which attracted wide media coverage, killed a number of passengers and severely injured others, including Simon.

For three years, Simon has struggled to banish the incident from memory, accept his new reality and begin a new life.

Simon advises drivers to be cautious this season in order to avoid what he is currently experiencing. He does not want anyone to be involved in a similar accident in the future.

“Drivers should take their time (be cautious), drive safe and arrive safely so that they do not experience what happened to me,” he said.

The accident has destabilised the life of the former caretaker of a cocoa farm in Prestea in the Western Region.

When his father died, he took over and assisted the family until he was returning home for the final funeral rites.

“I worked as a caretaker on a cocoa farm. I also worked menial jobs for money.”

He is concerned that his permanent condition will prevent him from providing for his family.

Simon was in good health and planned to build a house for his family. However, the sudden transformation of the 44-year-old into a different person ruined everything.

“My colleagues are now out and about. Thoughts about where I would go and who I would meet, but I have to sit here and wait for someone to pass by who will give me something to eat and buy soap to wash my clothes.”

In most cases, he must be carried, before he can move around.

Simon says the anguish he feels every waking hour as a result of losing both legs is mirrored by the pain he sees his family going through, pain that makes him angry and sad.

Simon has four children. His wife has returned to the Western Region to work to support the family.

“I’m constantly disturbed, and sometimes I have suicidal thoughts because I’m not who I used to be.
“I’m always sad because I remember how I used to go out with people and now I can’t. Some have stores, but I’m still here.”

Simon’s mother, MBA Maa Alale says she was taken aback by the news. Every medical facility she sent Simon to, could not assist them in getting her son back on his feet.

“When he was involved in the accident and began to suffer, I sold a lot of things because of him, including animals. I no longer have anything on me.”

Simon is doing everything he can to turn back time, to stop the pain, and to start over.

The story of Simon has moved the founder of the Sung Bie’la Foundation, Zenabu Awinbe Salifu who has decided to donate GHȼ7,000 to help the family.

Zenabu says she heard about Simon’s condition through another person and decided to speak to some friends who supported.

“Initially, he wanted us to get a tricycle that will work for him because he has no legs. Unfortunately, we weren’t able to raise the funds to get him the tricycle.”

Simon intends to start a business for the benefit of his family and to the glory of God.

“I’d use the money to open a shop, stock items, and sell them. It could assist me in caring for my mother, wife and children.”

Because the house is not connected to the national grid, Zenabu gave two solar lamps to the family.

Simon says that he is starting to see reasons why he needs to let go of the past and start over.

DISCLAIMER: The Views, Comments, Opinions, Contributions and Statements made by Readers and Contributors on this platform do not necessarily represent the views or policy of Multimedia Group Limited.
Tags:
Accident
Simon Alale
Sung Bie'la Foundation