My father inspired me to start boxing – Joseph Awinongya Jnr 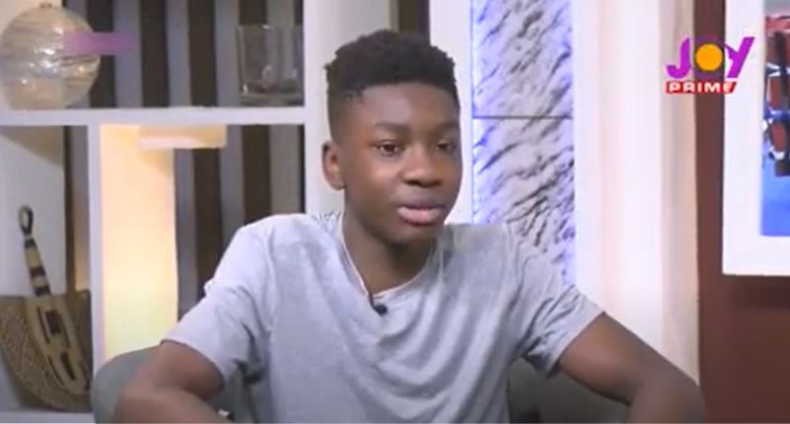 US-based Ghanaian boxing Champion, Joseph Awinongya Jnr, has stated that he drew inspiration from his father’s boxing career to start boxing at a tender age.

The amateur boxer explained that he never liked boxing in the early stages of his life until age five when he suddenly developed interest for it because his father kept asking him to train with him.

“Before age five, I didn’t really want to go into boxing but my dad keeps taking me to training until I developed interest for it when I was five years,” he stated.

In an exclusive interview with Jay Foley on Prime Morning on Friday 18th February 2022, Joseph said, his love for boxing increased by seeing his father every day and the things he does.

“You know, just watching my dad is an inspiration so I had to focus on how to be great in that field”. Joseph added.

Joseph Awinongya Jnr is a 13-year-old Ghanaian standout athlete in the world of youth boxing.

Awinongya Jr has become one of the most exciting young boxers of recent years who currently lives in the United States of America but hails from Bongo in the Upper East Region.

His coach and father, Joseph Awinongya, used to be a boxer but has since retired and is now training his son.

Despite his successes in boxing, the young Ghanaian super-star is also known for his generosity to the needy in society.

He recently received massive praises and blessings from the Chief and people of Ashaiman when he donated $500 to the Motherly Love Foundation to help care for children with HIV on September 4, 2020.

Speaking on becoming a successful boxer, he stated that one has to be self-motivating enough to keep going despite the downfall. This, according to him is by avoiding emotions to cloud your intentions in the ring.

He recalled moments he lost his first national fight but didn’t give up because of passion and the strong belief he had of becoming successful in the field if he is consistent.

“…You can’t let your emotions take your attention in the boxing ring because you will be opened for the opponent to punch you, and you might not be able to catch up again,” he advised.

Speaking about his career and education, he said, he knew from the onset that school is good but boxing, on the other hand, makes one disciplined which has helped him to perform well academically.

“I think boxing made me better because it makes one disciplined and focused, school, on the other hand, brings the intellectual feelings to think about what I should do to avoid punches from opponents.” according to the young boxer.”

DISCLAIMER: The Views, Comments, Opinions, Contributions and Statements made by Readers and Contributors on this platform do not necessarily represent the views or policy of Multimedia Group Limited.
Tags:
Boxing
Joseph Awinongya Jnr