My former manager blackmailed me with my naked video - Akuapem Poloo - MyJoyOnline.com

My former manager blackmailed me with my naked video – Akuapem Poloo 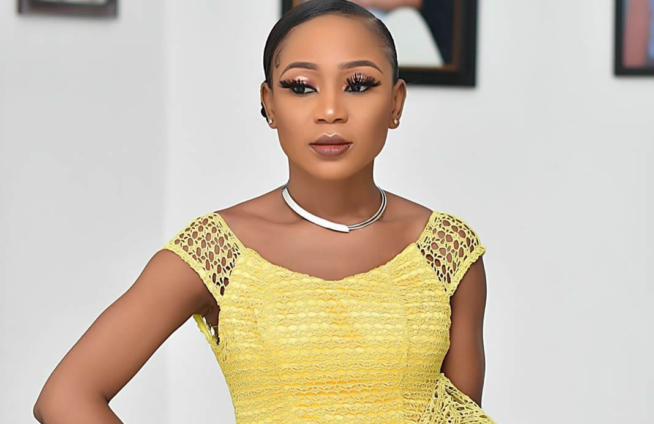 Actress Akuapem Poloo has revealed that her former manager blackmailed her with a nude video of herself.

According to the actress, the manager had a hand in making the video that was leaked in September, 2020 which showed her lying naked on her bed.

Speaking to ZionFelix, Akuapem Poloo said that her former manager paid her friend and connived to record a video of her.

She noted that on the said day, she had recorded a TikTok video with her friend and decided to take her bath because she was sweating throughout the skit.

So, she stripped down but before she could go into the bathroom a call came through. She decided to pick up the call instead, the actress said.

Her friend, who told her she would then proceed to bath, rather recorded and sent the video to her former manager.

Akuapem Poloo stated that her manager then used the video to blackmail her until it was eventually leaked online.

In September, 2020, reports went viral that a sex tape of Akuapem Poloo had leaked.

The actress, a day later, denied having recorded any sex tape and proceeded to post a video to debunk such claims.

Meanwhile, Akuapem Poloo told Zionfelix that she was extremely hurt by the incident, especially by the actions of her friend.

She explained that because she is an only child, she treats her friends like siblings and is open with them.

However, the incident taught her to be cautious about who she brings into her life, she said.