My son was only helping a church member not a relative; mother of 18-year-old fire victim cries 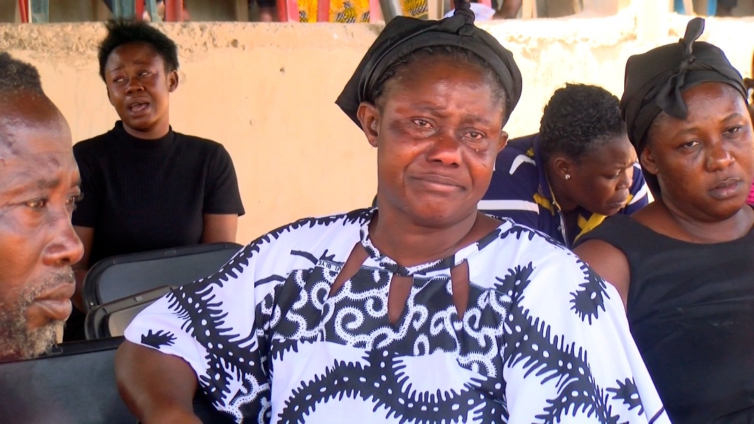 Mother of an 18-year-old student who died in a fire at Kronum-Afrancho in the Ashanti region says her son was at the factory to assist a church member who owned the facility.

Stephen Agyekum died in an attempt to help control the spread of the fire with a fire extinguisher.

The death of Stephen Agyekum is a blow to residents.

Family members, friends and sympathizers have gathered at the house of the deceased’s parents.

Stephen is the third son of her five children.

She says her son was only helping a church member and a family friend.

The fire which lasted for almost 10hours swept through a plastic recycling factory and spread to adjoining houses.

Properties worth thousands of cedis were burnt to ashes.

The owner of the factory and his wife collapsed at the scene of the fire.

According to residents, this is the 3rd time the waste recycling factory has gutted a fire.

They are unhappy with the siting of the recycling waste factory in the area.

The fire service are currently investigating the cause of the fire.