My song ‘Ɛyɛ woaa’ speaks to me, helps me appreciate goodness of God – Empress Gifty - MyJoyOnline.com

My song ‘Ɛyɛ woaa’ speaks to me, helps me appreciate goodness of God – Empress Gifty 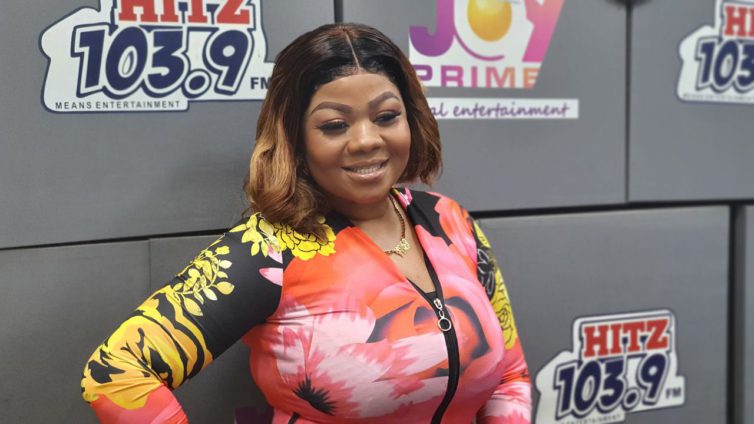 Gospel musician Empress Gifty has disclosed that her latest single titled ‘Ɛyɛ Woaa’ [It’s You] gives her a better reflection of the transformation she has experienced in her life.

In an interview with Joy Entertainment’s Ibrahim Ben-Bako, she said whenever she sings or listens to the song’s lyrics, they speak to her soul and remind her of how faithful God is, especially when she compares her early works to the current ones.

“I just cast my mind back from 2007, that is ‘Aseda’, and I was coming into an industry that I didn’t know anybody, I didn’t understand the industry, and I didn’t know what is in it; but through it all, God has been faithful to me.”

“When I watch my first video [and compare it to my current video], this new video tells me that it is all about the grace of God; so, this song is all over me,” she stated.

The song is a melodious piece that has been fused with catchy tunes that get people flowing along. It talks about the faithfulness and goodness of God while, according to him, all the glory.

A line in the track asked, “had it not been the Lord on our side, where would I be?”

At the launch of the song last year, Empress Gifty indicated that initially, the title of the song ‘Ɛyɛ Onoaa’, but after praying over the song, it changed to the current caption.

“When God decides to do something for you, it doesn’t matter what anybody says or thinks, He will still go ahead and do it, so the song is to magnify God for all His goodness unto mankind,” she stated.

The ‘Aseda’ hitmaker further added that “there is no doubt that it is an amazing song. Everyone should download it and enjoy it because it will surely be a blessing to you and your family.”