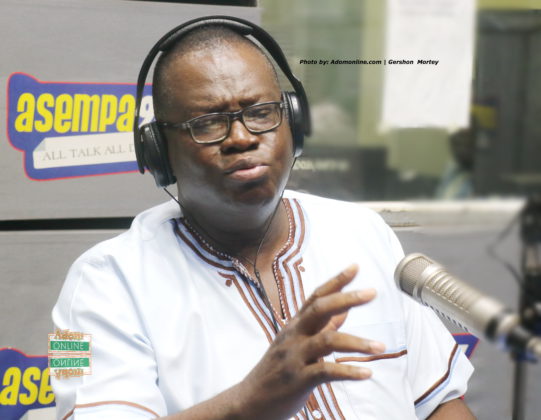 The President of the National Association of Graduate Teachers (NAGRAT), Angel Carbonu, has stated that his outfit supports calls for the salaries of public sector workers to be increased by a margin not less than 19%.

According to him, this will go a long way to alleviate the plight of public sector workers in the face of the growing economic difficulties.

Speaking in an interview with Evans Mensah on Top Story on Monday, he lamented the fall in the value of the Cedi; stating that, the consistent depreciation of the Cedi is part of the reasons for the high cost of living in the country.

Responding to whether or not government has the means to meet their request, Mr. Carbonu said he is not convinced about the response of government to the current economic challenges, and therefore he and his colleagues will support the move for increments in their earnings by 19% or 20%.

“The predicament government is going to explain at negotiation is nothing different from what is being touted on radio. My conviction is in the fact that I can hardly make ends meet”, Mr. Carbonu stressed.

Commenting on the issue, the Vice President of the Ghana Medical Association, Dr. Justice Yankson, also backed the calls by other labour unions for government to increase the salaries of public sector workers beyond the current rate of inflation.

In making his point, he explained that, the Tripartite Committee’s role in salary negotiations is to set the minimum wage, based upon which public sector workers can use as a reference point to make their demands from government.

He said once that has been done, his outfit and other labour unions will be able to decide on what is due them.

Dr. Yankson therefore reiterated the need for government to raise the salaries of public sector workers to meet the growing economic difficulties.

“If you adjust something by way of inflation, all you’re doing is to restore the purchasing power of the employee. And under these circumstances, we all find our ourselves in, we all know that what we take can never take us home or to the market. Workers are really suffering under the current conditions we find ourselves in.

At the micro level, some of the prices that the workers actually purchased their products have gone up by 50-60-70% in some cases. So organised labour has a lot of work to do and I’m very sure in my mind that the worker groups in Ghana are actually going to ask for their due. That I think nobody can actually prevent the workers from asking their due”, he added.

Meanwhile, the Deputy Finance Minister, John Kumah has indicated that inasmuch government recognises the need for salaries to be reviewed, there is also the need for all relevant stakeholders to avert their minds to the prevailing economic conditions, and whether or not government has what it takes to meet the demands of organised labour.

DISCLAIMER: The Views, Comments, Opinions, Contributions and Statements made by Readers and Contributors on this platform do not necessarily represent the views or policy of Multimedia Group Limited.
Tags:
Angel Carbonu
Increment in salaries
National Association of Graduate Teachers (NAGRAT)
Organised Labour
Public Sector Workers