Nana Addo, you have killed the spirit that gave you life 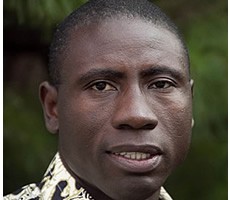 I would ordinarily not repeat an issue in this column, unless I am compelled by posterity to do so. I am repeating this issue because the President seems to have effectively placed an endorsement on Ayisi Boateng’s sectionist vituperation.

Last week I wrote about Mr. George Ayisi Boateng’s blasphemous conviction that “All Ghanaians are Ghanaians, but some are more Ghanaians than others”. My position is, that, Mr. Ayisi Boateng’s comment is not only reckless, but also it marks the beginning of a dangerous citizenry segregation.

According to the Minister, George Ayisi Boateng has apologized and retracted the comments he made; there was therefore no need for the President to take further action, because it is morally right to forgive those who show remorse for their trespasses and beg for forgiveness.

I guess that brings the matter to a close, that once the President has spoken, and has declared that George Ayisi Boateng shall keep his job, nothing could change the course of the indecency that occurred.

It appears that we now have a new definition for our governance and justice delivery system; incite the public into misbehaviour, find a dishonest ways of apologizing for your wrong behaviour, and thereafter it shall not be morally right to face the law. So for instance, once we have been made to understand, that, Ghana’s most violent armed robber, Ataa Ayi, has become an elder of a church while he is still in prison, obviously remorseful, we are morally obliged to release him onto the streets, to celebrate himself, not so?

Mr. President, I don’t know what has gone into your decision not to sack George Ayisi Boateng, and I don’t know the clout he held in the party, or in the run-up to the 2016 elections, but I know that, he, George Ayisi Boateng, is undeserving of any public office in this country, regardless of the perspective you look at his comments. You are setting an unsustainable precedence, and this is already on its way back to becoming one of the issues that will hunt you, for the rest of your term as a President, and trust me, my brother, you have sacrificed the so many years of yourself, for the head of a morsel that is worth nothing.

You were one of those who inspired me into becoming one of the human rights defenders in this country. Your fight for fairness, human rights, and the rule of law has always been the point of reference for my quest for what life held for me. As a human rights defender at the frontlines of seeking justice wherever justice was in ruins, I had no doubt that your ascension to the presidency was all we needed to set a sterling example to the rest of Africa; that, public office wrong behaviours can be put to death, in whatever way they come.

George Ayisi Boateng’s public statement, and his subsequent public defense of that statement, that “All Ghanaians are equal, but some Ghanaians are more equal than others”, is more volatile than many hundreds of comments that plunged beautiful countries into war, ethnic cleansing, and political annihilation. Your failure to show the way, to allow Ayisi Boateng to pay the price for his primitive irresponsible comments, displays incongruence on what I thought you would do if you were the President, and what you are becoming as President.

I am not looking, so much, at the preceding statement, that Ayisi Boateng has said he will give preference to NPP members who sought help from him, although that in itself is a wrong approach to governance. I have written copiously, that, the failure in our governance system, the failure in our security system, the failure in our public service, has been, largely, as a result of the political recruitment into such public institutions, of people who had their ways into those institutions, not through any competitive merit-based recruitment, but due to political backdoor protocol recruitments that has filled those institutions with individuals who are hardly qualified, but whose political frontline activism makes them more powerful than their superior officers, and who are subverting the course of governance, and bringing down processes whenever they feel entitled.

So I know that that is the order of the day, that NPP recruits NPP loyalists into state institutions when they are in power, while NDC does same when they too are in power – the reason for which we are where we are, with governance institutions turned into market centers where corrupt deals are negotiated, and where mediocrity is celebrated.

George Ayisi Boateng’s statement goes beyond a mere rhetoric of recruiting party loyalists into state institutions, and giving favors in that direction. His statement looks more poisonous than a mere favoritism; his statement is an open invitation for fraud, and a subversion of citizenship.

When the 1992 constitution was created, it gave equal rights, and equal status to all citizens, regardless of our affiliation and orientation. It also gave us the right of association, with any group or organization, of our choice, and of our convictions. The freedom of association, and the rights therein, did not deprive us of our equal citizenship. Being a member of NPP, and NPP winning political power, does not, for instance, change the citizenship status of another Ghanaian who belongs to the PPP.

Political parties have been given the privilege to win national elections, to produce the President of the Republic, and persons to represent the citizenry in Parliament. This is a simple exercise of getting political leadership elected, and subsequently forming government. Wherein laid the arrogance of elevated citizenship, huh?

The 1992 Ghanaian Republican Constitution, makes us, all of us, equal partakers of the resources of the state, regardless of whatever association, be it political parties, or community youth association, that one belongs to. Membership of a political party that wins power, therefore, cannot be a reason why one person can be more Ghanaian than the other, to benefit more from our common resources, than the other.

Such a publicly held statement, that some Ghanaians are more Ghanaians than others, especially coming from a government official, a supposed diplomat who represent the entire Republic in a foreign country, is therefore not only an attempt to violate the constitution of the Republic, but must present an opportunity for our President, especially Nana Akufo-Addo, whose human rights spirit I have respected, to make an indelible statement, that, segregation is intolerable, that the sanctity of the Ghanaian citizenship cannot be violated.

Nana, in the year 2008, you introduced “I believe in Ghana” in your campaign catch-phrases. This “I believe in Ghana” has since become a part of what I admire about you, as a person. It personifies what I knew you stood for, releasing the energies of everyone, as equal persons, and the rights of every Ghanaian as equal citizens, to access superior governance.

Mr. President, George Ayisi Boateng’s statement does not make sense, within the context of what you stood for; your believe in Ghana. The statement is repeatedly deliberate, it is divisive, subversive, and it insults the very humanity of all of us, including the sensibilities of discerning NPP members. I am extremely disappointed that you are keeping such a bad mouth person, in your government, in such a respectable high office of a High Commissioner.

Anyway, I still support you, and I still believe in you. But I am still alarmed at the daily, needless appearance of wrong persons in your government. Your decision on George Ayisi Boateng is one such fundamentally wrong decisions you have taken, and I am sure you will remember this, that, each time, in future, that you stand on a platform to declare, that you are going to treat all Ghanaians equally…, your statement would include a scar that would make you morally weak to complete that sentence – for you will remember, that, you long killed the spirit that gave you life.