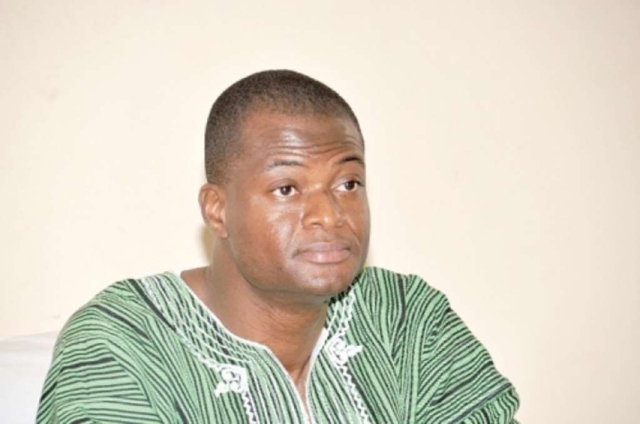 I don’t know about you, but I am disgusted anytime I hear someone say ladies must dress well or they maybe be raped. Yes, a lady must dress well. A lady must not entice anyone with her dressing, but even more importantly, under no conscionable circumstances must a man rape a woman even when she is walking naked on the street. If everyone has that strong aversion towards rape, which is illegal and it’s criminal, then no matter how a woman dresses, there will be no reasonable excuse under the sun for a man to rape a woman. None whatsoever.

Over the last couple of days, Dr Raymond Atuguba, an outstanding lawyer and Dean of the Law Faculty of the University of Ghana, has stirred the hornets’ nest with his coup comments, an implicit but casual rationalisation of what is illegal, what is criminal, what, ignominiously is the highest crime of the land and as usual, our dear country has become a field of political football with strikers and defenders on opposing sides trying to outdo each other in a gala-like phenomenon.

There is another who openly declared he was going to do the coup himself because, in his opinion, the military who are supposed the coups have become useless in the face of the rising cost of living, which will be worsened by the imminent e-levy, corruption and mismanagement of public funds.

On a sobering 65th Independence Anniversary celebration, my disgust and apprehension towards rape culture and coup mentality are the same. I make no excuses or exemptions for any. But, if it is wrong for a lawyer to openly admonish men to go on a raping spree once they see seductively dressed ladies walking in town, it cannot be right for that same lawyer to rationalise or ask the military to disrupt our democratic dispensation just because a sitting government is incompetent.

Our country is in crisis. I know that. President Akufo-Addo and his team of ministers have been hugely disappointing; I can say that. But I cannot bring myself to say or accept a call for a coup or a rationalisation of the same because of the gargantuan challenges we face as a country.

The contract between a government and its citizens in a democracy is like that beautiful woman who turned down all her suitors, only to marry a drunkard, a womaniser or a two-minutes man. She must bear the consequences of her choice for as long as she decides to be in that marriage. It does not lie in the power of the father, uncle, brother or sister of the woman to call for the poisoning and murder of the man, just so their relative will be free from the marriage. She must go through the divorce process.

So, if Ghanaians married Akufo-Addo and his government in 2020, let us bear the consequences of our marriage until we finish the divorce process in 2024. After all, when Dr Atuguba and his government under Mahama supervised four years of dumsor where people died, businesses shattered, he did not call for a coup, or rationalise the same. Did he? When that lawyer on secondment from the Foreign Ministry accepted with grace the opportunity to work at Mahama’s presidency in the heat of dumsor and corruption under Mahama, he did not call for a coup or describe the military as useless. On the contrary, he enjoyed the experience while many endured the same until there was divorced in 2016.

Let Ghanaians endure the fruits of our decision. Let others also enjoy the secondment as you did and stop pretending to be more Ghanaian than anyone of us. Let no one tell me coups are not planned on radio, so it’s okay to build and establish the coup mongering industry. Let no one tell me Atuguba and co have no power to plan coups, so it’s okay to encourage the coup rhetoric. And let no one take me through history lessons of how coups have come about in this country. I would not waste a minute of my time to sit for a history lecture of rationalisation or pseudo justification of how women have been raped by men just because they dressed provocatively. Don’t make me do the same for these coup mongers.

Rape disrupts, destroys and dehumanises and so too do coups. Our country is playing decades of catch-up only because some visionless dreamers thought they could be better at governing, and buoyed by reckless comments like those listed above; they stole power, enriched their families and left us in a quandary. Your collective right to speech, movement and association will be curtailed under military intervention, and we must not allow it.

If there is any lesson to learn about coups at all, then it is how young military men rose to fame and power through the barrel of guns and, after decades of rule, left us barren, same or worse off than they promised to fix. He cannot give excuses or basis for people who cannot even run their homes to attempt to run a country just because they have the gun powder at their disposal. Just like rape, the criminal coup discussion cannot be another political football where we take sides depending on who is in power or out of it. He cannot compromise on this.

Let Akufo-Addo fix the mess he inherited and created or be booted out trying. Let’s say no to coups and its rationalisations we would to rape.

Happy 65th Anniversary to you all!!!