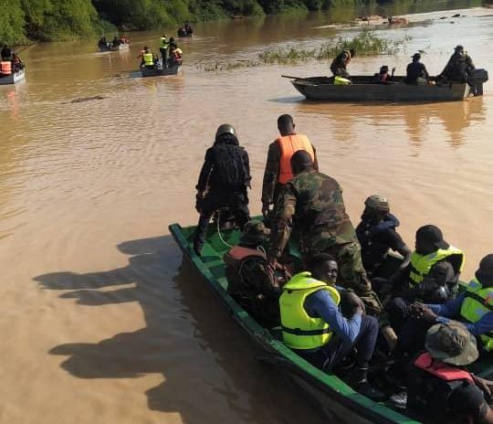 The National Association of Small Scale Miners has taken on the military for allegedly burning excavators and equipment belonging to its members that are operating legally.

According to the group, the use of the military to destroy and harass its members was not one of the measures agreed on following the recent national dialogue on mining

Three excavators and some mining equipment they say have been burnt at some sites in the Twifo Praso District of the Central Region.

“This is a question that we need answers to, for example, the military was asked to go on river bodies but we had a situation whereby they veered off and went to communities whereby there are licensed small-scale miners and they went burning their equipment”.

Government in its fight against illegal small-scale mining deployed 200 officers in the military on River Pra in the Western and Central regions to halt operations of illegal miners.

This initiative was to enforce a direction by the Lands Minister, Samuel Abdulai Jinapor for all mining activities in forest reserves with or without legal authorisation, to be suspended until further notice.

Meanwhile, the National Association of Small Scale Miners has given the government a 7-day ultimatum to fix the challenges it has presented to legal miners in the country or face their wrath.

He added that should government fail to find a solution to the issue at hand the group will engage in a street protest and also take legal action.