National Cathedral to be commissioned on March 6, 2024 – Ken Ofori-Atta 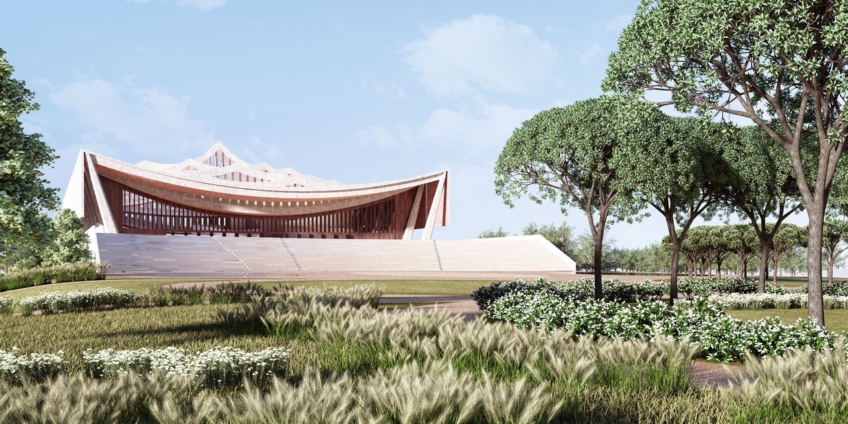 An artiste's impression of the National Cathedral

The Finance Minister, Ken Ofori-Atta, has revealed that the ongoing National Cathedral project will be opened to the general public on Wednesday, March 6, 2024.

The Minister said the date on which Ghana mark’s its 67th Independence Day will be used to commission the interdenominational sacred space for the nation officially.

While reiterating government’s commitment to prioritise the project, the Finance Minister when delivering the Mid-year Budget Review on Thursday said, “Work on the National Cathedral is progressing speedily.”

“Upon completion, the National Cathedral would provide a sacred space for formal religious activities of State and symbolise the enormous contribution of faith to Nation Building,” he added.

He indicated that over 46,000 and 100,000 people have received training in various disciplines, including fashion, catering, cosmetology, electronics, soft business and managerial skills.

“We continue to count on our FBO partners to sensitize and ensure adherence to the life-saving mask-wearing, social distancing and enhanced hygiene protocols within our communities,” he said.

In 2019, the Finance Minister, Ken Ofori-Atta, revealed that construction of the National Cathedral is estimated to cost over $100 million.

Already, government has demolished all structures located on the proposed site to construct the National Cathedral at Ridge in Accra, and work is progressing.

It has also selected renowned architect, Sir David Adjaye, to design the building.

The 5,000-seater auditorium Cathedral project will also bequeath to the country a gracious national park for all Ghanaians, bring new skills, technology and jobs to the country and act as a beacon to national, regional and international tourists.

DISCLAIMER: The Views, Comments, Opinions, Contributions and Statements made by Readers and Contributors on this platform do not necessarily represent the views or policy of Multimedia Group Limited.
Tags:
Ken Ofori-Atta
National Catherdral