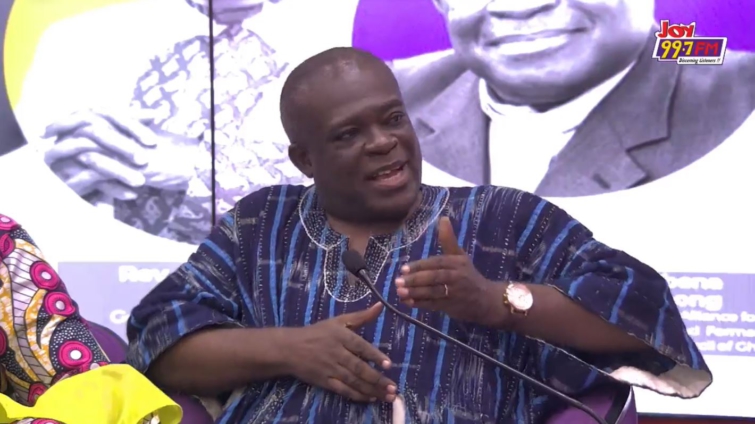 A former General Secretary of the Christian Council of Ghana (CCG), Rev Dr Kwabena Opuni-Frimpong has asked the Board of Trustees for the National Cathedral project to clear the air on the alleged release of ¢200 million by the Finance Ministry for the construction of the edifice.

He says it will be important for the trustees to provide clarifications on the matter for Ghanaians.

The North Tongu Member of Parliament (MP), Samuel Okudzeto Ablakwa, alleged in a social media post that government in 2020 released $25 million for the project without Parliamentary approval.

He said a total of ¢200 million has so far been released for the project which government said will not put undue financial burden on the state.

“On October 29, 2020; Ken Ofori-Atta on the request of Presidenty Akufo-Addo’s Chief of Staff, authorised the release of a gargantuan ¢142.7million for national cathedral ‘planned activities. ¢200 million of unconstitutional releases so far,” he claimed.

In a reaction to this, Dr Opuni-Frimpong called on the Board of Trustees to come clean on the whole issue.

“So far, I have only heard the side of the story from Honourable Ablakwa. The current trustees of the Cathedral must quickly come out and tell us whether they have received the money or not; whether churches are building the cathedral or now government has taken over.

The former Secretary under whose tenure the Cathedral project was birthed says government, at the initial stages of the project, said it would only be a facilitator, while the churches provide funding for the project.

“The then Minister of Chieftaincy and Religious Affairs, Honourable Kofi Dzamesi, was one of those who explained to us again and again that the churches in Ghana are going to build the Cathedral and not the government.

“In a clear language, [he said] the President would give us the land and we [churches] would mobilise, and that the government would facilitate the process. We accepted that challenge that churches in Ghana, all of us are coming together to build the Cathedral,” he recounted.

Meanwhile, the Deputy Finance Minister, John Kumah, has said the amount the North Tongu MP is alleging is in the budget of the Office of the President, which makes the spending on the project legal.