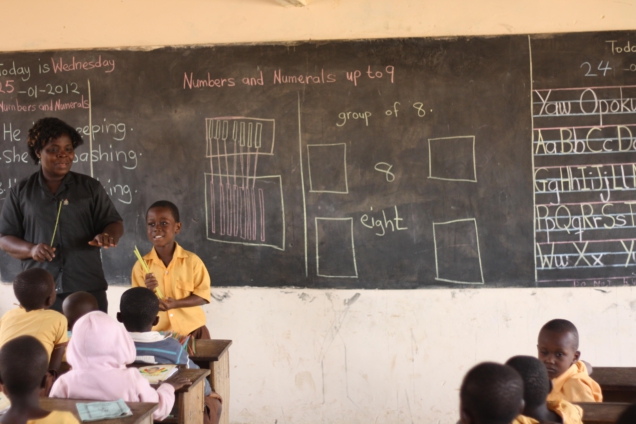 The Executive Director of the Institute for Education Studies (IFEST), Peter Anti has suggested the assessment for pupils at the basic level of education in the country should start with class 3 curriculum.

According to him, the initiative would have started with pupils in class two, four, and six because they have gone through the standardised curriculum, but unfortunately due to the distraction caused by Covid-19 and other issues, that could not happen.

His comment follows a disclosure by the Education Minister, Dr Yaw Osei-Adutwum, Sunday, June 6, regarding the government’s initiative to conduct a National Standardised Test for pupils at the basic level, starting with students currently in primary four.

Speaking on the AM Show on JoyNews, Peter Anti noted the current basic four pupils were unable to complete the standard curriculum set for basic three as Covid-19 interrupted their studies.

“What they [the government] did was to ask them to move from class three to class four and then they will continue whatever they were supposed to do in class three in class four. It means that they have completed basic three but they are yet to complete basic four.”

The IFEST Director, described the initiative as laudable, “a fantastic one”, as it will provide an opportunity to have students assessed at different levels to ensure that they meet the set standards that the system has put in place for them.

“It is going to give us a lot of information on how our students are faring at the very basic level to the district level, to the regional level and the national level.”

Mr Anti said, as such, teachers, parents, school authorities and the policymakers will also gain information to enable them to identify where to introduce which interventions, where to applaud or assist a teacher, among others.

This not withstanding, Mr Anti wondered how the initiative will be implemented, “is it going to be like BECE, that every student move to a particular centre and then they do the test or it’s going to be a school-based assessment,” he quizzed.

“Because if that is the case, then we have a big challenge because I foresee situations whereby teachers will find ways and means to make sure their students perform well so these modalities need to be clear,” he indicated.

He opined that since the National Council for Curriculum and Assessment (NaCCA) has over the years, conducted similar tests, they should be made to undertake this exercise to build their capacity in that regard, instead of allowing WAEC to organise it.

“Because WAEC has got a lot of challenges and we are yet to even address them. So if you are pushing this to WAEC, we need to have a discussion on that,” he cautioned.

He wants the authorities to have a look at the implementation again as a standard assessment is supposed to go with the set standard performance criteria which should be linked to the said class.

“Now, a standard assessment is supposed to go with the set standard performance criteria which are supposed to be linked to basic four.

“These are issues that we would need clarity on and if it is cleared, we are good to go and we would know how to support this thing because we need these assessments to monitor the progress of learning of our students as we go forward,” he said.