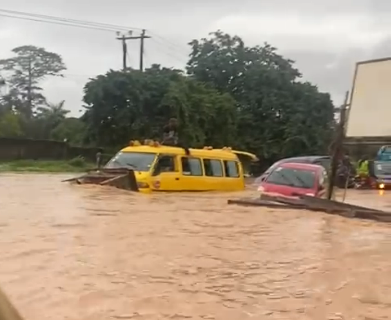 The Ghana Statistical Service (GSS) has disclosed that 11,717 persons are internally displaced in Ghana.

According to GSS, the reasons for the displacement are natural disasters such as floods and famine and socio-political factors.

In a statement to mark International Migrants Day, which is celebrated on December 18 every year, GSS said per the 2021 Population and Housing Census, six out of ten of the internally displaced persons (IDPs) have been displaced for five years or more.

It said one in every ten IDPs has stayed less than one year in their current place.

GSS further stated that the adult literacy rate for IDPs is twice that of persons not displaced. The Service said four in every ten IDPs aged 15 years and older are not literate compared to two in every ten non-IDPs.

Providing statistics on international migrants in Ghana, GSS said employment which makes up of 36.9% is the leading driver of immigration to Ghana followed by marriage or family unification (25%) and settlement (22.7%).

For international male migrants, employment is the most frequent purpose for their migration while for females, it is marriage or family unification.

DISCLAIMER: The Views, Comments, Opinions, Contributions and Statements made by Readers and Contributors on this platform do not necessarily represent the views or policy of Multimedia Group Limited.
Tags:
2021 Population and Housing Census
Ghana Statistical Service (GSS)
Internally displaced persons
Migration