NDC having field day on social media: 8 things we learned on Newsfile 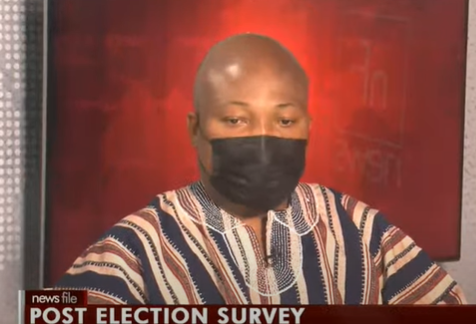 1. NDC is having a field day on social media

At least six out of 10 Ghanaian voters have lost confidence in the NPP government’s ability to curb corruption and impunity in the next four years, a CDD post-election survey 2020 has revealed.

But one way to examine the causes of this disappointment, according to the NPP Director of Communications, Yaw Buabeng Asamoa, is to look at how social media magnifies malignantly corruption-related controversies.

And the people holding the magnifying glass, is the NDC, he indicated. He said the current psyche of the Ghanaians who formed the sample is that they may have not benefitted or have partly benefited from the government and so when a corruption-related controversy pops up, all the NDC has to do is to spin it. “Some of the events slanted as corruption may not be the case,” he said and pointed to the PDS scandal. Essentially, NDC is spinning on social media and judging by the respondents of the survey, the spin is winning.

2. What are other anti-corruption institutions doing? – Yaw Buabeng wants to know

3. Work to win those who did not vote for you- Dr. Osae advises government

Governance lecturer, Dr. Eric Oduro Osae, in his analysis of the CDD survey, observed that of the sample, 51% did not vote for the current gov’t while 49% of the sample survey voted for the gov’t. He suggested that those who voted against the government were already poised to express disappointment and dissatisfaction with the government. But the government should work to win those who voted against it, he said. He said the respondents were clearly educated people and therefore can read between the lines and so government should try and court their support.

But Kojo Pumpuni Asante (PhD) who is the Director, Advocacy and Policy Engagement, Ghana Center for Democratic Development (CDDGhana) expressed reservations at the suggestion that people who voted for the government would better appreciate the record of this government. He said that regions don’t votes, people do and that in collecting a sample, an NPP stronghold such as the Ashanti region, by having a larger population, was heavily represented in the sample.

“Their numbers are more than because in the large population that is what is reflected and yet you are still getting these results. If you have a sample that even have a lot of citizens who voted for you and they are still saying these things then we should be concerned,” he noted.

5. Right now, nearly everyone likes the choice of Alban Bagbin

Some 77% of respondents feel having a Speaker of Parliament from the opposition is a good development. On Newsfile, all three panelists agreed and sang a nice chorus of approval for one of Ghana’s most experienced MPs.

Yaw Buaben Asamoah called him “a man of proven integrity” who has demonstrated that “he can be non-partisan.” He said his fairness means that “if [the choice of Speaker] had been anybody else but Bagbin, we would have been in trouble.”

North Tongu MP Okudzeto Ablakwa and Dr. Oduro Osaeexpressed confidence in the Speaker of Parliament and expressed expectations that he will deliver in leading parliament to its expected position of holding the executive to account.

6. We have two realities in Ghana

Dr. Pumpuni Asante was asked his opinion on the fight against corruption. He said it is “almost like we are pursuing a parallel reality in Ghana.” While the government insists that it has done well in resourcing institutions and making anti-corruption laws, the other reality on the ground it that Ghanaians feel corruption has been normalized. So whose reality should be believed? He said the two groups, the citizens and CSOs on one side and the NPP government on the other side have to “find a way to meet” and agree on where the problem actually lies.

7. New constitution good, but my money is on good old integrity

Dr. Pumpuni Asante, asked a direct question on whether Ghana needs a new constitution, said new laws are not enough. “You can have a whole process the change the constitution” but the individual who has to implement laws “has to come with some values,” he said, lamenting that this is what is missing in Ghanaian society. The system of governance should be such that even if a person of low integrity enters, “the system will hold you in check. But we don’t have that.”

8. We have a constitution for stability but not for development

The current one built in the image of a post-coup d’etatgovernment focused on ensuring stability, he said but to develop, Ghana needs a new constitution, he said.