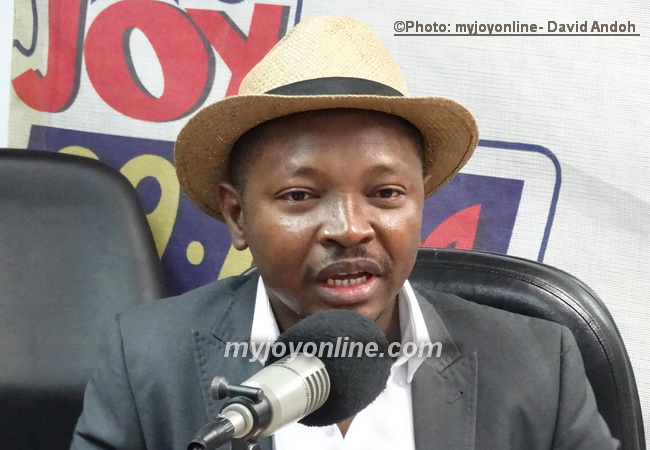 Members of the Palestinian Solidarity Campaign, Ghana, Wednesday, went on a peaceful march to protest United States’ recognition of Jerusalem as Israel’s capital.

Earlier this month, President of USA, Mr. Trump announced that he will officially recognize Jerusalem as the capital of Israel by moving the American embassy in Israel from Tel Aviv to Jerusalem.

His decision has been unpopular with other bigwigs like the United Kingdom and France.

Speaking to Joy News’ Emefa Dzradosi, the Spokesperson for the Palestinian Solidarity Campaign, Ras Mubarak who is the Member of Parliament (MP) for Kumbungu says Ghanaians should boycott the use of American and Israeli products in solidarity with Palestine.

“…this is our way of imposing sanctions on the USA because when they are not happy with a certain country they impose sanctions on it as well”, he said.

According to him, Ghana will be directly affected if Mr. Trump does not rescind his decision, hence the Palestinian solidarity Campaign.

“What Trump has done will not bring peace in Palestine let alone the globe”, he stated.

“…we will be affected as well because if there’s instability there, it will affect crude prices”, he said.

He believes “a two-state solution is the way forward”.

Security Analyst Irbid Ibrahim who also took part in the march said it is a Human Rights abuse situation and that Palestinians are suffering.

“We are not anti-Jews, for us this isn’t a religious issue but a human rights issue. Death has to end and the bombardment that prevents children from going to school has to end”, he stated.

“We call on the people of conscience to bring the needed diplomatic pressure on Trump to rescind his decision because moving the USA embassy from Tel Aviv to Jerusalem will only exacerbate an already deplorable situation”, he added.

The government of Ghana, like most countries in the international community has however taken a neutral stance on the Middle-East crisis.