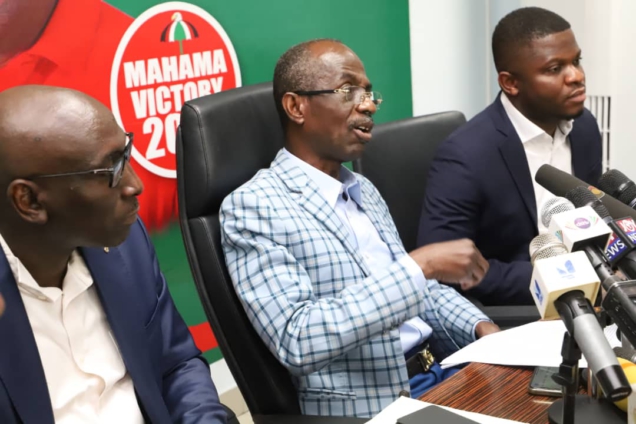 The opposition National Democratic Congress (NDC) has petitioned the Secretary General of the Commonwealth Secretariat over what it describes as a gross violation of human rights of its leading members by the Akufo-Addo government.

The party contends that the use of the judiciary by the current administration to intimidate and harass its members, sharply contradicts the tenets of good governance.

The petition, signed by the General Secretary of the NDC, Johnson Asiedu Nketiah, cited among others, the ongoing case against the party’s Chairman, Samuel Ofosu Ampofo, former COCOBOD Chief Executive Officer, Stephen Opuni and the recent charges of financial loss to the state against its Ranking Member on the Finance Committee, Cassiel Ato Forson.

The NDC argued that some of the judges adjudicating over some of these cases have demonstrated blatant bias.

The party believes the situation threatens the country’s political stability and further erodes the democratic gains of the country.

“The persecutions, threats and killings of supporters and members of NDC violate the values and objectives of the Commonwealth and will create conditions that will threaten and jeopardise the peace and security of Ghana,” portions of the petition noted.

It added: “the image of the judiciary has further been dented by the delivery of unreasoned court judgments, which read more like partisan or polemical pieces than learned judicial reasoning, consistent with judicial standards in the legal systems of common law countries.”

The party, therefore, wants the Commonwealth to among other things;

2. Monitor the human rights situation in Ghana and the criminal persecution of members of the NDC.

3. Engage with a broad range of actors, including government officials, political parties, representatives of civil society, to respect, promote and protect human rights in Ghana.

4. Call upon the government of Ghana to put a stop to these persecutions, harassments and killings of supporters and members of the NDC.

5. Continue to engage with the Government of Ghana and support and encourage their pursuit of accountability for the perpetrators of the Ayawaso West Wuogon Constituency bye-election violence and the gruesome state-sponsored killings of eight innocent Ghanaians during the 7th December, 2020 general elections.