NDC to ask China to extradite ‘galamsey queen’ for prosecution 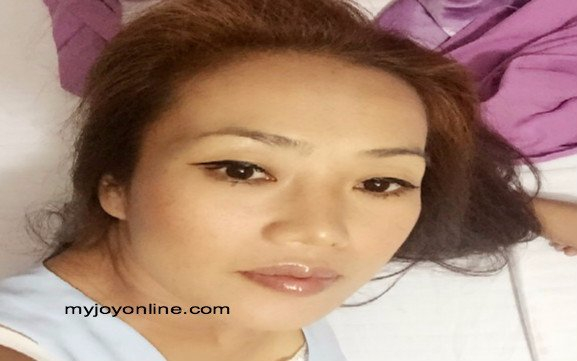 If the National Democratic Congress (NDC) clinches the 2020 presidential seat, it plans to capture and prosecute Aisha Huang for crimes she committed on Ghanaian soil, disclosed Member of Parliament Samuel Okudzeto Ablakwa on JoyNews’ Newsfile Saturday.

Huang, a Chinese citizen widely known as Ghana’s “galamsey queen,” first made headlines in 2017 when authorities discovered she was engaging in illegal small-scale mining at Bepotenten in the Amansie Central District of the Ashanti Region.

The police charged her with three counts: undertaking small-scale mining operations, providing mining support services without a valid registration and the illegal employment of foreign nationals.

Two years later, Huang was abruptly deported and has since been “set free,” according to multiple reports. Many politicians, including Okudzeto Ablakwa, are infuriated that she has left the country without facing prosecution and punishment.

“We cannot create the impression that Ghana is some type of banana republic where you can come and commit crimes then be set free,” Okudzeto Ablakwa said. “I have permission from my party leadership to announce today that the future NDC government will trigger extradition processes for Aisha Huang to be brought back, face our laws and be prosecuted.”

“You don’t think that will be difficult to happen? You suspect that China will support you to look for Aisha Huang should she be in the Chinese state?” Newsfile’s host Samson Lardy questioned.

“We believe so,” Okudzeto Ablakwa replied. “We will pursue it.”

In an exclusive interview on Joy FM’s Super Morning Show Thursday, a former associate of Huang relived the horror of witnessing her shoot and kill a man in 2011.

“I was so afraid,” Christian Addo Kuffuor said. He recalled Huang learned that a Chinese competitor was conducting business at one of her mining sites. When she found the competitor there one night, she casually loaded bullets in a rifle, fired multiple shots without flinching and left him for dead, he recounted.

Aisha Huang (second from right) faced three criminal counts in 2017 but has since been set free.

“Aisha can kill you easily,” he said about the woman who many people “feared and hated.”

Meanwhile, Senior Minister, Yaw Osafo-Maafo, announced at a town hall meeting earlier this month that the government has decided to discontinue prosecution of Huang because of fiscal gains for the country.

The Senior Minister argued that to prosecute her would sever Ghana’s rich diplomatic ties to China.

“Today, the main company that is helping develop the infrastructure system in Ghana is Sinohydro, It is a Chinese company,” said Osafo Maafo. “It is the one that is going to help process our bauxite and provide about $2 billion to us.”

At the time of this report, it is unclear where exactly Aisha Huang is located.