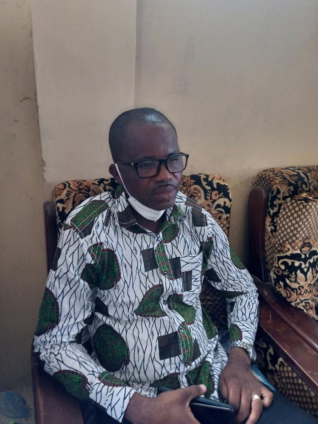 Mr. Sylvester Tetteh, the defeated parliamentary candidate, in an interview with the Ghana News Agency, accused the Electoral Commission official, Mr Samuel Mingle of being the brains behind the rigging of the polls.

“We have not accepted any result. What we are saying is that the result was fraudulent and it was a deliberate attempt to change the verdict of the people. And it’s in connivance with the EC-led Mr. Mingle…he is the brain behind all that happened here,” he said.

“We will talk to our lawyers and will see the next line of action.”

“How on earth will you declare results when you know very well that some polling centres results are not yet in? He claimed some of the presiding officers of some polling stations took the results home and have to WhatsApp it to him [Mr. Mingle],” he said.

“These are very serious issues and we’ve taken note of that”.

“Not that we cannot take action, we could have taken action and that would have resorted to something else, but we’re law-abiding people so we’ll take the matter up in court.”