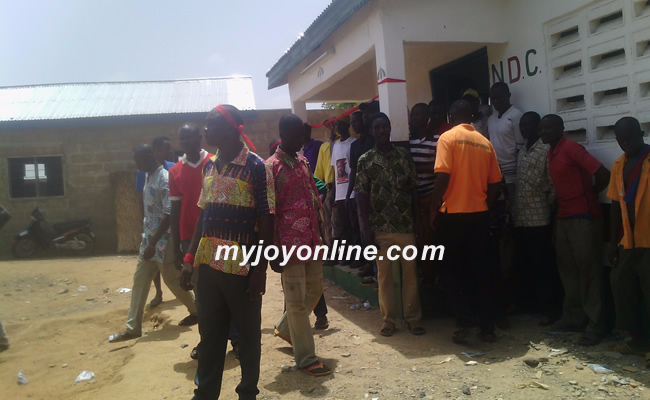 Yakubu Tony Aidoo wants the NDC regional executives out of their offices because he believes they contributed to the poor performance of the party at the polls.

Bernard Kusi-Appiah who works with Kumasi-based Nhyira FM told Evans Mensah host of Joy FM's Top Story programme Tuesday that hours after the activist had locked the offices, they were opened by some men believed to be members of the NDC taskforce.

"The men from the Taskforce opened the offices to allow the executives to access their offices," he said, adding the Taskforce team is now manning the place.

Unhappy with the action of the Taskforce, Yakubu organised his men and headed to the office.

He, however, could not enter the main gate to the offices because the men denied him access.

Yakubu fumed and led his men out of the scene, promising to return, Kusi-Appiah reported.

Yakubu's behavior is not an isolated case since many NDC youth activists have found it difficult to come to terms with the victory of New Patriotic Party (NPP)'s Nana Addo Dankwa Akufo-Addo.

They believe some NDC functionaries are to be blamed for the 44.40 percent recorded by President John Mahama.