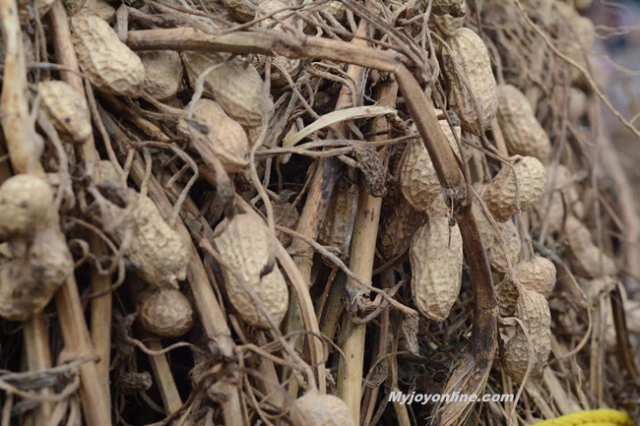 Ghana’s groundnut export potential could soon see a revamp, with the introduction of a new variety resistant to poisonous substances, known as aflatoxins.

The variety, known as Crops Dehyee, is one of four released in Kumasi, this year, by the CSIR-Crops Research Institute.

Ghana is said to have made $2.4billion from non-traditional exports, of which groundnuts accounted for $6.4million in 2013.

Government projects to earn $5billion from the sector by 2019.

A major impediment to this target, however, is a highly toxic substance, known as aflatoxin, produced by a fungus.

The presence of aflatoxin in foods and, specifically, groundnuts is a serious threat to human health.

It has been cited in suppression of the immune system, stunted growth in children, lowered milk and egg production in animals and death.

Fungi and aflatoxin infection of crops occur during pre and post harvest periods.

Though aggressive efforts have been made towards mitigating aflatoxin contamination, Ghana cannot export groundnut to the EU due to the presence unacceptable levels of aflatoxins.

The Research Center has been working to improve groundnut varieties for the past 8 years with funding from the Alliance for a Green Revolution in Africa (AGRA).

Most of the groundnut varieties released in Ghana from 2000 to 2012 had a good yield and also tolerant to rosette and other foliar diseases.

Though varieties like Yenyawoso could mature within 85 to 90 days other varieties become ready for harvest a bit later.

Crops Dehyee also takes 85 to 90 days to mature, with and can produce 2.9 tons per hectare.

The other three new varieties are Crops Pion, Crops Nkatie and Crops Agbeyeye, all of which take 90 to 95 days to mature.

Together with Dehyee, they are said to have high oil content and tolerant to groundnut rosette disease.