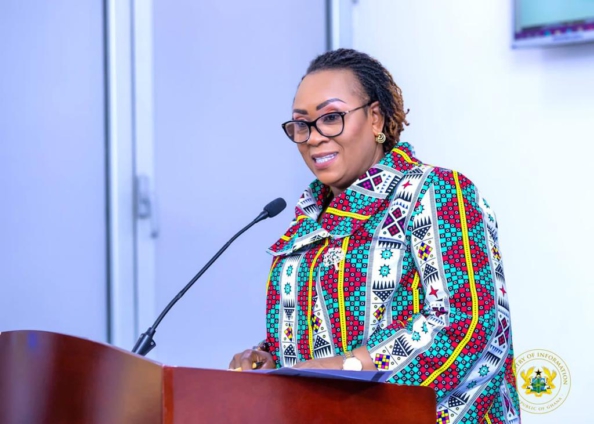 The Fisheries and Aquaculture Development Minister, Mavis Hawa Koomson, has disclosed that government is reevaluating the laws and policies regulating the sector.

At a press briefing on Sunday, the Minister noted that a New Fisheries Act is being drafted to replace the existing Act.

According to her, a new National Fisheries Management Plan is also underway since the previous one expired in 2019.

Also, the National Fisheries and Aquaculture Policy, which was developed in 2008, will be reviewed.

These revisions, she explained, “are to ensure that the management of the fisheries resources meets emerging trends in fisheries management and international best practices.”

While acknowledging that the fisheries sector is riddled with many problems, Madam Koomson called on stakeholders, including the media, fisher folks and the citizenry, to help the Ministry clamp down on illegal fishing.

According to her, it is the only way to safeguard the country’s shores for the next generation.

She further revealed that the government is acquiring four boats to help the security agencies guard the marine life.

She also added that the security personnel will ward off fishers who aim to exploit the country’s sea waters illegally.

“The four patrol boats will be deployed in each of the four coastal regions; central, Greater Accra, Volta and Western Regions, for frequent inspection at sea, offshore and for prompt response to detecting infringements at the VMS centres,” the Minister explained.

DISCLAIMER: The Views, Comments, Opinions, Contributions and Statements made by Readers and Contributors on this platform do not necessarily represent the views or policy of Multimedia Group Limited.
Tags:
Mavis Hawa Koomson
New Fisheries Act
The Ministry of Fisheries and Aquaculture Development