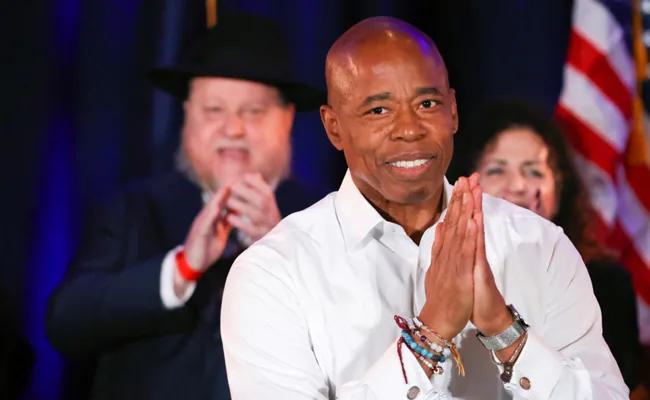 Mayor-elect for New York, Eric Adams is headed for Ghana for a long-planned trip.

Mr. Adams revealed his choice for Ghana is to reminisce on his lineage as African American and following the 400-year anniversary of slavery in America.

“I made a promise to myself that I would visit Ghana following the 400-year anniversary of slavery in America and the election, to show how far we have come and remember how far we still must go,” said Adams, who will be the city’s second black mayor.

The grim anniversary of slaves arriving in America passed in 2019. At the time, House Speaker, Nancy Pelosi led a delegation to Ghana to mark the historical event and the West African country encouraged the descendants of slaves to travel to their motherland for a “Year of Return.”

He will make the weeklong trip to Ghana with family. He’s expected to return to the USA on December 8th.

Eric Adams has been swarmed with various medical caution from his advicers who raise the Omicron variant as a cause for concern.

But Mr. Adams, who is fully vaccinated and recently received a booster shot, decided to keep to his plans. Ghana and South Africa are approximately 4,000 miles apart, even farther than the distance from New York to California.

“When it comes to Covid-19, I have said time and time again that I will follow the science and our public health professionals as a leader — and right now travel is banned only to south African countries out of an abundance of caution.

“Should the federal government change their guidance on travel, I will immediately follow it,” Mr. Adams said.