Nico Williams comments on Inaki’s decision to play for Ghana 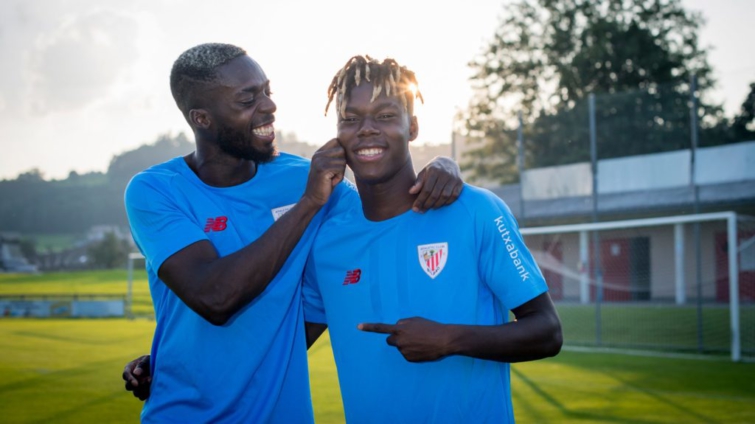 Nico Williams has said his well wishes to Inaki Williams, following the latter’s decision to represent the Black Stars.

The Williams brothers, who both play for Athletic Bilbao, have chosen to split with regard to their international careers with Inaki switching to play for Ghana while Nico continues with Spain.

Inaki and Nico made their international debut for the Black Stars and La Roja in the games against Brazil and Switzerland respectively over the weekend. Both players came off the bench for their respective nations.

Speaking after making his debut for Spain in the loss to the Swiss team, Nico explained that both players decided to go different ways.

“It was a natural decision, each one took their path and made their decision in a thoughtful way. I am very happy that my brother is in Ghana, I wish him things to go well, that he can have a great World Cup and achieve the highest goals,” he said.

Inaki will look to start on Tuesday, September 27, when the Black Stars face Nicaragua in their second game of the international window.

DISCLAIMER: The Views, Comments, Opinions, Contributions and Statements made by Readers and Contributors on this platform do not necessarily represent the views or policy of Multimedia Group Limited.
Tags:
Black Stars
Inaki Williams
Nico Williams