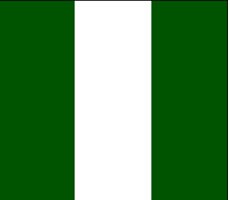 The Nigeria Labour Congress (NLC) and the Trade Union Congress (TUC) have declared a showdown with the Federal Government through mass protests and strikes until the price of petrol is reversed to N65 per litre.

The leadership of the labour movements in a joint statement issued yesterday directed their state councils to take steps to resist any price above N65 per litre of PMS, and await a date for the commencement of general strikes and mass protests across the country.

Nigerians were also urged to begin mobilisation for the commencement of the protests.

In the statement signed by the NLC’s Acting General Secretary, Comrade Owei Lakemfa, and his TUC counterpart, Comrade John Kolawole, the congresses said the action of the Presidency at this period when Nigerians were mourning the victims of recent bomb blasts showed “insensitivity and callousness”.

The Federal Government was also accused of thriving on falsehood as it had recently told Nigerians that consultations were still going on with various stakeholders including oganised labour and if any fuel subsidy was being contemplated, it would be with effect from April 1, 2012.

“We also have information that it intends to make a litre of PMS N150.00 and then ask the NNPC to reduce the price at its fuel stations by a few naira. Nigerians must defeat whatever are the schemes of this government,” the statement read.

While expressing the readiness of organised labour to engage in a long drawn battle, the statement called on the National Assembly and governors to side with the people over the matter.

The labour unions urged the police and other security personnel not to accept any order to shoot protesting Nigerians or attack them, noting that there would be insistence that any officer who does so will be brought to justice.

“We also put the Jonathan Presidency and its surrogates on notice that we shall ensure that they are prosecuted up to the International Criminal Court if they, by acts of commission or omission spill the blood of any Nigerian over the protests that follow their inhuman acts against the people,” the congresses warned.

The statement added that the leadership of the NLC and TUC would jointly issue directives in the next few days on the date the organised national strikes, street demonstrations and mass protests would commence.

President General of TUC, Comrade Peter Esele, viewed the latest development as “a stab in the back” by the Federal Government who only last week entered into a dialogue with the organised labour in a bid to forestall a looming anarchy.

He explained that the action of government was a total declaration of war on the “poor masses who are being punished by an inefficient system that is anchored on few corrupt oil thieves who are major sponsors and backers of government”.

He disclosed that the National Executive Council (NEC) of TUC would meet in the next few days to take a firm decision on the issue.

“The Trade Union Congress of Nigeria (TUC) rejects without reservation the reported removal of petroleum subsidy by the Federal Government as announced by the Petroleum Products Pricing Regulatory Agency (PPPRA) executive secretary Reginald Stanley, which ushered in an anti-people based price of N141 per litre. This is unacceptable to us and to the Nigerian masses who have been ambushed by a government they expressively gave a popular mandate to represent them some few months back.

“We are surprised that the government could proceed to implement the removal without recourse to the National Assembly who all available indices indicate that they have not given it any legislative backing neither was it mentioned in the 2012 national budget.

“This action by President Goodluck Jonathan is therefore dictatorial, undemocratic and a total declaration of war on the poor masses of this country who are being punished by an inefficient system that is anchored on few corrupt oil thieves who are major sponsors and backers of government. This is why the government cannot muster enough political will to arrest and prosecute them. What we expect the Federal Government through the PPPRA to do is to tackle the corruption in the system first before this present action.

“For the avoidance of doubt, TUC insists that until new refineries are built and the old or existing ones are made to function optimally, there cannot be a removal of petroleum subsidy. Therefore, TUC on behalf of the Nigerian workers and the masses have declared a dispute of interest with the Federal Government,” he said.

Also, a civil society group, the Joint Action Front (JAF), has called for civil disobedience to force the Federal Government to rescind its pronouncement.

The statement jointly signed by the group’s Chairman and Secretary, Dr. Dipo Fashina and Comrade Abiodun Aremu, respectively, urged Nigerians to turn up en-mass for the protest.