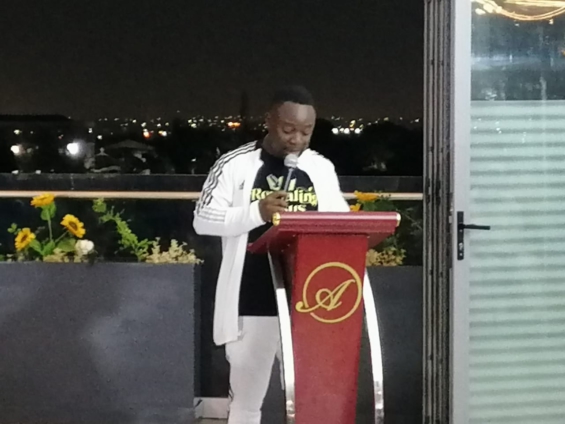 He unveiled the project at a two hours event that took place at Alisa Hotel in Tema.

According to Pastor Nii Okai, the 8-track album includes the hit single “Kron”, “a revelation song from the book of Isaiah as was given to Yaa Okai, my wife and co-labourer, during one Night of Virtue session at the Hephzibah Christian Center” it is the first in the series and we are trusting God to be able to continue with the others.

The album launch was graced by media personnel, religious leaders, and notable figures such as Dr. Zenato Rawlings, Fifi Folson, Samuel Atta Mensah, Prophetess Odame Darkwa among others with Frema Adunyame as the MC of the night.

Revealing Jesus Album was birthed in 2020 during the lockdown, when the Lord in a single night gave several heavenly melodies put to varied scriptures from the book of Revelation, Nii Okai said.

From the inception of Nii Okai Ministries in 2003, (NOM) has developed into an international powerhouse that is touching the lives of many across the globe for the past 19 years.

It is recognized for its commitment to integrity, trustworthy approach to Ministry, charitable ventures, and devotion to spiritual maturity both in ministry and in the lives of God’s people worldwide.

Nii Okai Ministries has stood the test of time and continues to be an influential pillar, training and mentoring many young and emerging artistes in the gospel music space.

Nii Okai announced a big celebration for next year as he celebrates MOKOBE@20!