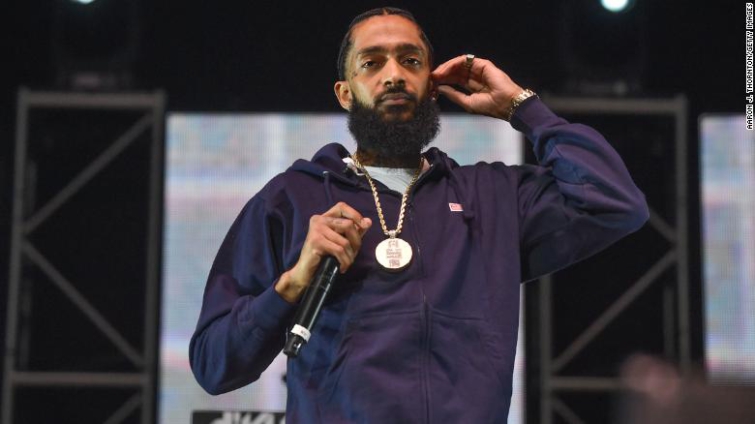 Eric Holder Jr., the gang member who shot superstar rapper Nipsey Hussle to death in 2019, has been convicted of first-degree murder in a Los Angeles court.

Beyond the murder conviction, Holder was also convicted of several other charges, including attempted voluntary manslaughter and assault for shooting two other men who survived the shootings. He faces a possible life sentence.

Jurors went only an hour into their second day of deliberation before announcing they had reached a verdict siding with the Los Angeles Country prosecution.

They rejected Holder’s attorney’s contention that a lesser charge was merited because the killing took place in the “heat of passion.”

Holder did not disavow responsibility for the shooting during the two-week trial, but his attorney, Aaron Jansen — who was even among those identifying his client in the surveillance tapes shown — argued that Holder should be convicted of a lesser charge, manslaughter, rather than murder.

Holder was in the news recently beyond the trial, having been attacked by other inmates who reportedly punched him and cut him with a razor while he was in a holding cell.

Hussle was signing autographs outside the clothing store he owned in South Los Angeles on March 31, 2019, when Holder confronted him in a brief conversation, departed, and then returned several minutes to shoot the rapper.

Hussle, who was shot 11 times, was one of three men to be injured in the assault, and the only one of the three not to survive.

Holder was captured by police two days after the murder, after the woman who drove him away from the site turned herself in and identified the shooter. Holder’s face had been captured on security cameras as well, and he was identified by multiple witnesses.

Jansen’s argument for having his client face a lesser charge hinged on the contention that, in his initial exchange with Hussle, the rapper — who, like his killer, was a member of the Rollin 60s gang  — had told Holder that there was “paperwork” on him, and that Holder took this as a threat that he was considered an informant and therefore his life was in danger.

“This was not just a pleasant conversation between homies who are chopping it up,” Jansen said during closing arguments, as reported by the Los Angeles Times. “This was a serious accusation… Mr. Holder Jr. took it serious, as it was.

He knows the consequences of being called a snitch in this manner.” Jansen’s argument maintained that Holder was so shaken by this accusation, he was not in his right mind when he returned and shot Hussle and the other two men.

Sentencing will take place at a later date. Although the courtroom had been filled with onlookers making sometimes vocal reactions during the trial and closing arguments, the New York Times reported that the gallery was only half-filled and there was no audible response when the jury delivered its verdict.