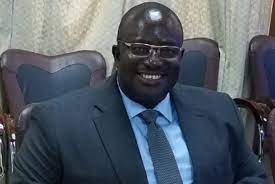 The National Labour Commission (NLC) has invited the Ministry of Employment and Labour Relations and the three teacher unions who are on strike over the appointment of Dr. Eric Nkansah as the new GES Director-General.

The meeting follows the Labour Ministry’s decision to refer the matter to the NLC for urgent action to be taken.

Executive Secretary of the Commission, Mr. Ofosu Asamoah in an interview on Top Story, Tuesday said both parties are expected to be present at the meeting at 10:00am on Wednesday.

“The Chairman directed that tomorrow’s (Wednesday) meeting should commence at 10:00am instead of 11:00am and we will give the first space to the Ministry of Education and the teacher unions,” he said.

The three teacher unions- GNAT, NAGRAT and CCT are on strike because they want the government to revoke the appointment of Dr. Eric Nkansah as the new Director-General of GES.

They have argued that Dr. Eric Nkansah is a banker and not a teacher hence, his appointment is in contravention of the requirements for the appointment of a GES Director-General.

The Labour Ministry had already held two meetings with the unions but both meetings ended inconclusively. An adjourned meeting on Monday between both parties was expected to have continued on Tuesday at 2:00pm.

However, in a statement on Tuesday, November 8 shortly before the meeting could commence, the Ministry said all attempts to get the teacher unions to call off the strike have proved futile and referred the matter to the NLC.

Deputy Employment and Labour Relations Minister, Bright Wereko Brobbey told JoyNews that the decision was not taken without the knowledge of the teacher unions.

He explained that all three unions were copied in the letter to the NLC.

“The request made to the Labour Commission was not anything we are doing on the blindside of our union leaders and that is why they are in copy.”

This he attributed to the frequency of strikes embarked on by various teacher unions.

We must remember that the education sector generally is experiencing some turmoil …There is a high possibility that if care is not taken, for the first time in the history of our nation and history of the educational sector, almost every layer of the ladder from Kindergarten to University will be affected by strike,” he stressed.

DISCLAIMER: The Views, Comments, Opinions, Contributions and Statements made by Readers and Contributors on this platform do not necessarily represent the views or policy of Multimedia Group Limited.
Tags:
CCT
GES
GNAT
NAGRAT
NLC
Striking teachers