No agreement reached with Minority Caucus on E-levy – Finance Minister 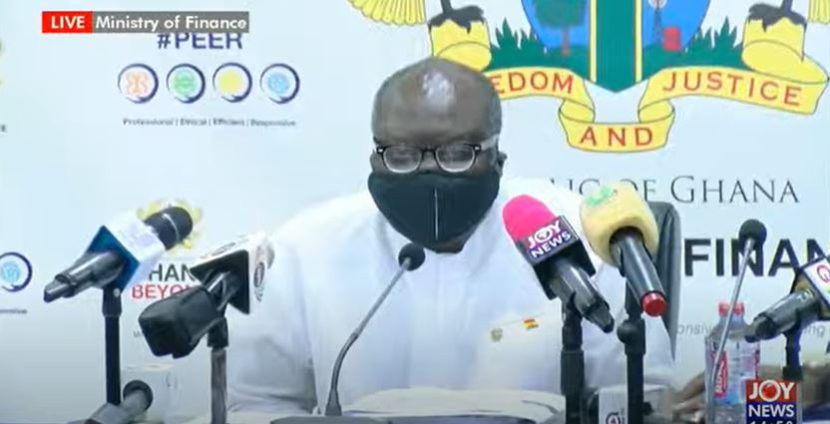 Finance Minister Ken Ofori-Atta says government is yet to reach an agreement with the Minority side on the controversial e-levy.

The government proposed a 1.75% levy on Mobile Money and other electronic transactions. This according to the government will shore up government’s revenue and widen the tax base of the country.

The Minority vowed to reject the levy and budget which culminated in the rejection of the budget and later approved however.

The Minority say government should totally scrap the levy from the 2022 budget.

Minority Leader in Parliament, Haruna Iddrisu, speaking at the 10th Anniversary launch of the Ghana Chamber of Telecommunications in Accra on Thursday said his side will readily accept a reduction of the proposed electronic transaction levy (e-levy) to 1% from 1.75%.

“A week ago, it was no no no, we won’t accept e-levy but having listened to officials in government, including the Minister of Finance. I am convinced to accept a departure from my original no to accepting a one per cent e-levy,” he said.

“We are not against it but we want it fixed at one per cent. We fear for double taxation because we already have the communication services tax,” he added.

The Minority came under intense criticisms from some of his party supporters and others opposed to the levy.

But speaking at a news conference Monday afternoon, Finance Minister Ken Ofori-Atta said “on the matter of the E-levy, having regard to its serious fiscal implications, we will continue our consultations with the Minority Caucus in Parliament and other relevant stakeholders, with a view to achieving consensus and reverting to the House in the shortest possible time.”

He also rejected claims by Deputy Majority Leader Alexander Afenyo-Markin that the government was reducing the levy to 1.5%, insisting the levy still stood at 1.75% of all such transactions above GHC 100.