‘No-deal’ Brexit advice to be published by UK government 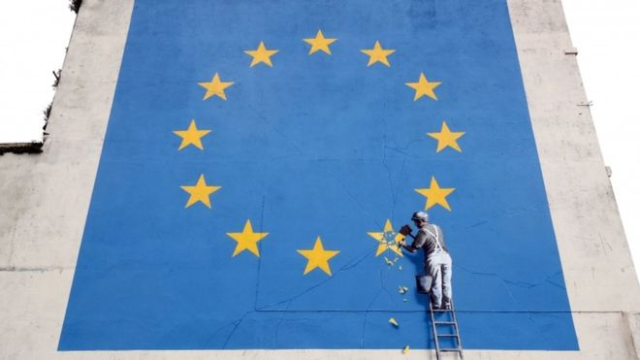 The UK government will begin advising people, businesses, and other groups about how to plan for the possibility of leaving the EU without a deal.

Ministers say publication of the first batch of 25 documents will tackle what they call "hair-raising scare stories" about a no-deal Brexit.

They say reaching a deal with the EU is the "overriding priority" but "we must be ready to consider the alternative".

The EU has already produced 68 notices on "Brexit preparedness".

Labour said a no-deal outcome would be "catastrophic" and a "complete failure by the government to negotiate for Britain".

The UK is due to leave the EU on 29 March 2019, but the future relationship between the two sides has yet to be agreed.

In recent weeks there have been more warnings about what might happen if the UK and the EU have not reached a deal by Brexit day.

These have ranged from health bodies' concerns about medical supplies crossing borders to the impact of trade barriers on UK farmers.

The government is publishing 25 "technical notices" setting out what it is doing to prepare for no-deal, an outcome it insists it is confident of avoiding.

About 80 notices are expected to be released in the coming weeks. This first batch will cover areas including medical supplies, financial services, nuclear safeguards, farming and organic food production.

On the NHS, he said six weeks' worth of medical supplies would have to be stockpiled, that the UK already had three months of "buffer stock" in more than 200 medicines, and that it was was largely self-sufficient in terms of blood supplies.

On financial services, he said banks could set up subsidiaries to avoid losing their passporting rights.

"There are risks here but let's not have the risks blown out of proportion," he added.

In a speech later, he is expected to say a good deal is in sight but "we have a duty, as a responsible government, to plan for every eventuality".

Warnings about no deal

Niall Dickson, of the Brexit Health Alliance, told BBC Radio 4's Today programme: "If we do not get the planning right, in our view patients' lives could be at risk."

His message to ministers was "we need to categorically ensure that patients are going to be protected".

Other recent warnings about leaving without a deal have included:

Pro-Brexit campaigners have described the warnings as "Project Fear" – saying the UK has nothing to fear from leaving without a trade deal and falling back on World Trade Organization rules.

On Tuesday Mr Raab said: "As you will see when we set out our plans, some of these hair-raising scare stories are very far from the truth and I look forward to explaining the context on Thursday."

He also said EU nationals living in the UK would be entitled to stay, even without a deal in place.

In some cases the UK will take "unilateral action" to maintain continuity in whatever the EU does, he will say. This could include deciding to follow the EU's medical regulatory framework to ensure a smooth supply.

Many of the "challenges" presented by a no deal would also affect the EU, Mr Raab will say, adding: "For our part, if the negotiations fail, we will continue to behave as responsible European neighbours, partners and allies."

The view from the EU

Last month, the European Commission said the UK leaving without a deal in place would mean there would be "no specific arrangement" for EU citizens living in the UK or for UK citizens in the EU.

It also warned that increased border controls would mean transport between the UK and EU was "severely impacted", with the possibility of "significant delays".

International Trade Secretary Liam Fox recently said the likelihood of failing to reach a deal was "60-40".

And Foreign Secretary Jeremy Hunt has warned that without a change of approach there is a "very real risk of a Brexit no deal by accident".

"If the publication of these documents is just a crude attempt by ministers to dress up the severe consequences of a no-deal Brexit as somehow acceptable, the whole exercise will be pointless," he said.

The Liberal Democrats said publishing the documents was a "vain and desperate attempt" to make the government's Brexit plan look good.

The British Chambers of Commerce said businesses had "waited too long for answers to some basic questions around Brexit" and had been "particularly frustrated by the lack of clear guidance".

Director general Adam Marshall said: "Our test for the government's 'no-deal' notices is straightforward. Do firms now have the clarity they need so that they can continue to conduct business both here at home and across borders on 30 March 2019?"