No dividend for ADB shareholders for 2019 financial year 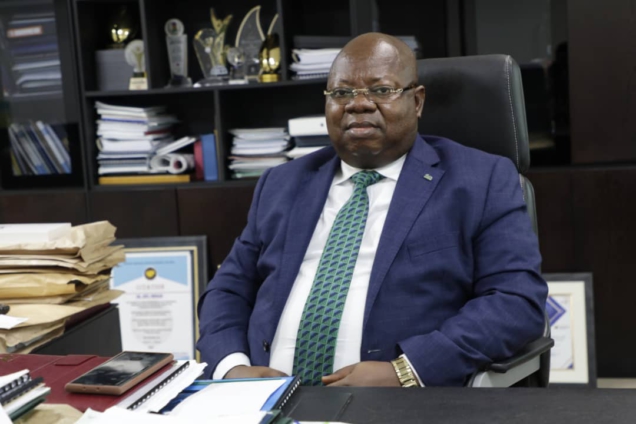 Shareholders of the Agric Development Bank (ADB) will not be paid dividend for the 2019 financial year.

Though the bank recorded a profit of ¢14.8 million in 2019, compared to ¢5.9 million in 2018, it declined to pay dividend, as a result of a negative income surplus on its balance sheet.

Board Chairman of the bank, Alex Bernasko, revealed this at the bank’s 33rd Annual General Meeting, saying,  the bank was burdened with a negative income surplus of ¢188.8 million that occurred in 2016.

According to him, the development has been subjected to a regulation requirement by the Bank of Ghana that directs it to write off the accumulating operating losses before declaring dividends.

“The bank has made modest profits after tax since the 2017 financial year. Indeed, the financial performance is steadily improving and getting better.

“Members should note however that as at the end of December 31, 2016, the bank had a negative income surplus of ¢188.8 million.

“Regulation requires the bank to completely write-off accumulated operating losses from its normal operations before it pay declare dividends.

“The bank is thus constrained from recommending the declaration of dividends until the accumulated negative income surplus has been completely written off,” he said.

This largely resulted in a 27% balance sheet growth and accounts for the 28 percent increase in gross loans from ¢1.5 billion in 2018 to ¢1.9 billion with the attendant improvement in the ratio of Non Performing Loans (NPLs).

Meanwhile, Managing Director of the Bank, Dr. John Kofi Mensah has revealed that the bank will intensify its e-commerce products and services.

According to him, this will see the bank to complete the migration from Magnetic Stripe Cards to a much more secured EMV Chip and Pin Cards.

This is part of the banks priority cards to ensure the enhancement of their Mobile App and USSD.

ADB’s virtual 33rd Annual General Meeting was in compliance with regulations set out for listed companies on the Ghana Stock Exchange (GSE) amidst the restrictions on public gathering due to Covid-19.

DISCLAIMER: The Views, Comments, Opinions, Contributions and Statements made by Readers and Contributors on this platform do not necessarily represent the views or policy of Multimedia Group Limited.
Tags:
ADB
dividends
Shareholders