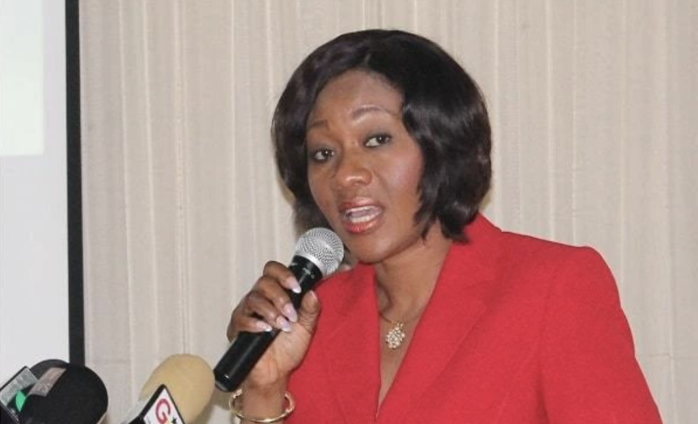 A member of the Budget Committee, Ahmed Ibrahim, says should the Electoral Commission (EC) Chairperson, Jean Mensa, fail to present herself before them, her budget for the next fiscal year will not be approved.

According to him, it was wrong for her to have sent her deputies to meet the Committees when she should have come.

“The budget is government financial and economic policy…on policy issues, the buck stops with the head. So if the head is not there, who can speak on policy?” the First Deputy Minority Chief Whip said.

The Banda MP’s comments follow the sacking of officials of the EC, including its two Deputy Chairpersons, Dr Bossman Asare and Samuel Tettey, from the Budget Committee hearing after they announced that the Chairperson will not be able to make it to the meeting.

According to the Deputies, the Chairperson is currently not in the country.

However, Ahmed Ibrahim says the reason for her absence is not justified.

He explained that this is not the first time the EC Chairperson has been absent from a Budget meeting as she had done the same during the Mid-Year Budget Performance review.

“And this is not the first time you know when we went to Rock City to do the Mid-Year Budget Performance review, she could not come, only her deputies came, but we listened to them.

He added that there were crucial constitutional issues the Chairperson had to come forward to address at the meeting, most notably, the exclusion of the Santrokofi, Akpafu, Lipke and Lolobi (SALL) people from Parliament following the failure of the EC to create a constituency for them.

“We cannot claim to be representing the people of Ghana when some of them have no representation. And if you keep quiet on this, then who else will speak for them.”

Mr Ibrahim said that is why it is necessary for the EC Chair to come before the Committee and share her plans towards creating a new constituency for the SALL people and ensuring that they get representation, probably even before the 2024 General Elections.

Speaking to JoyNews, Kwesi Parker-Wilson, the Banda MP, observed that until the physical appearance of Jean Mensa before the Committee, they will not consider the budget estimates for the commission.

“We need to know her policies, juxtapose them with the estimates and the figures, then assess her performance in the previous budget before we can approve the 2022 one,” he said.