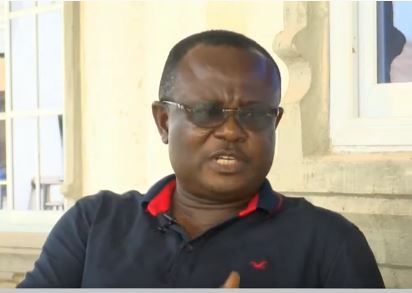 This follows allegations that some members of the Appointment Committee, especially those on the Minority side were not in support of the approval of some of the Ministerial nominees appointed by President Akufo-Addo.

He insisted that Mr Ofori-Atta epitomizes all that is wrong with the country’s economy and shouldn’t have been given approval by consensus.

Shortly after Mr Ofori-Atta’s approval, Member of Parliament for North Tongu, Samuel Okudzeto Ablakwa also resigned from his post as a member of the Appointments Committee.

This triggered public speculation that the decision was related to outstanding issues within the leadership of the National Democratic Congress (NDC) over the approval of some Ministerial nominees appointed to serve in the second administration of President Akufo-Addo.

However, the First Deputy Speaker of Ghana’s 8th Parliament has dismissed all claims to that effect. He maintains that no member protested the approval of any appointee although he admitted that no appointee received 100% votes from the Committee.

“Our rules are clear; if we agree to recommend a member by consensus, then the House does not vote but the House approves by voice vote. If any member has a no vote, nobody would have ruled against you,” he said.

“And no member, at no point raised concerns about the approval of Ken Ofori-Atta as Finance Minister. Not even Okudzeto Ablakwa.”

DISCLAIMER: The Views, Comments, Opinions, Contributions and Statements made by Readers and Contributors on this platform do not necessarily represent the views or policy of Multimedia Group Limited.
Tags:
Appointments Committee
Joseph Osei Owusu
Ken Ofori-Atta
Ministerial Appointment
Samuel Okudzeto Ablakwa
The Probe