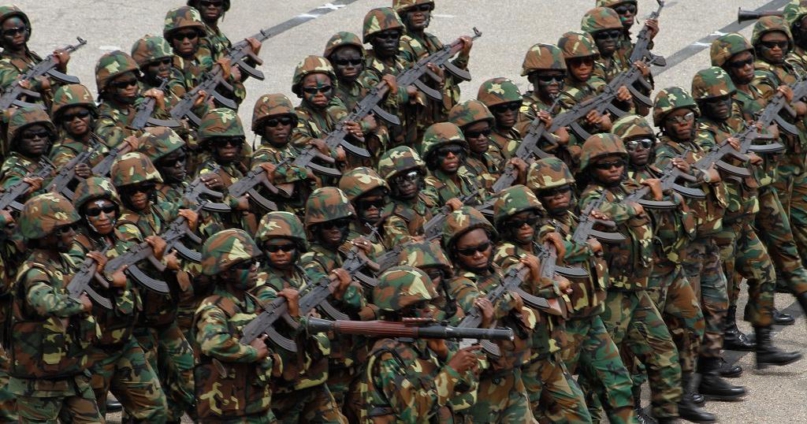 The Ghana Armed Forces (GAF) has denied reports that an angry Diaba youth burned down a military base or camp in the Dormaa West District of the Bono Region.

GAF in a statement signed by the Director of Public Relations, Naval Captain, Michael Addo Larbi stated that, “no Military Base or Camp has been set ablaze.”

According to GAF, the facility that was set ablaze is an accommodation facility under construction to house the Military Detachment and a shelter for Forestry Commission staff.

GAF went on to say that “at the time of the incident, there were no military personnel at the location and it was the Police that successfully brought the situation under control.”

“It must be noted that the Military Detachment is yet to be permanently deployed to that particular location as part of Operation Halt I, to curb the illegal logging and lumbering which has been on the ascendency in the Region.” they added.

GAF cautioned the public that it would put in “all measures to prevent and also
take the appropriate action at its disposal to deal with any miscreant or any other person who
would even attempt to burn down any military or national asset, facility or installation.”

DISCLAIMER: The Views, Comments, Opinions, Contributions and Statements made by Readers and Contributors on this platform do not necessarily represent the views or policy of Multimedia Group Limited.
Tags:
Ghana Armed Forces